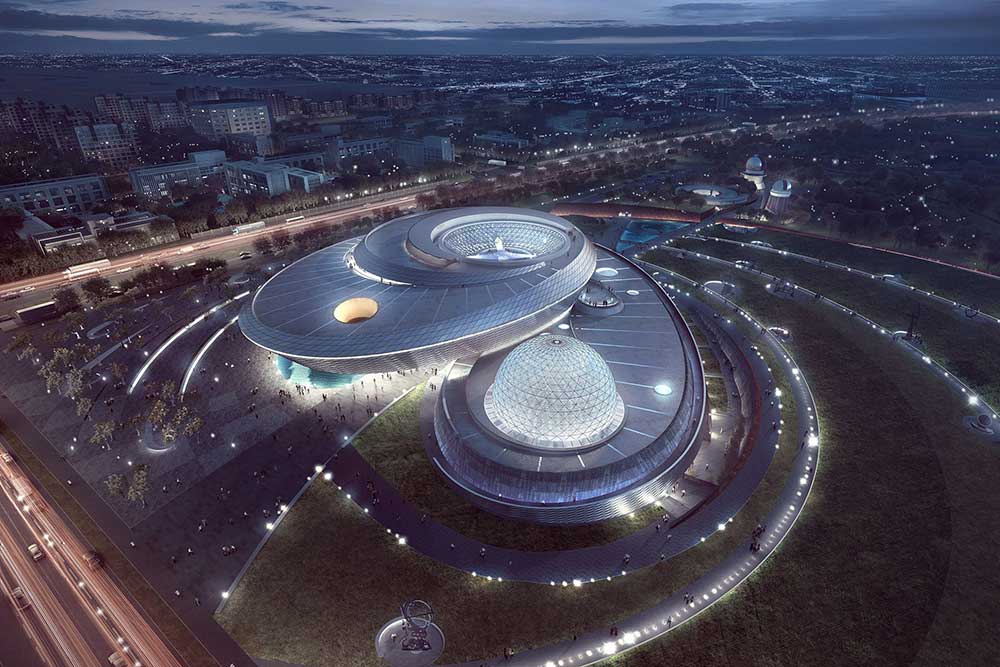 Pudong is set to become a major culture hub for Shanghai, with the construction of five new venues including two museums and a planetarium.

The Shanghai Planetarium, the Pudong Art Museum, the Expo Culture Park and branches of the Shanghai Museum and the Shanghai Library are set to be completed by 2020, reports Shine.

Pudong’s East Bund is set to be a key cultural hub with a cluster of venues that will showcase Shanghai culture. The project is part of the campaign to promote Shanghai’s four major activities: services, manufacturing, shopping and culture.

According to Weng Zuliang, Pudong’s Party chief, one cultural venue is a mountain, so a cluster of venues becomes a mountain range. The hope is clearly that the East Bund will become as successful as the ‘cultural corridor’ of museums and galleries of the Xuhui West Bund district (which includes the Yuz and Long museums, alongside the Shanghai branch of the Pompidou Centre).

This will be a new branch of the Shanghai Science and Technology Museum. The planetarium, designed by Ennead will stretch over 38,000 m (a footprint of more than five football pitches) and is set to be the largest facility of its kind.

Construction started in 2016 and civil construction and the steel structure have now been completed. The temporary braces on the cantilever have now been removed so now all that is left is the installation of the curtain walls. The main body of the planetarium will have three themed sections — “home,” “universe” and “journey” — in which visitors will be able to explore the universe and its fundamental principles. There will be a domed cinema and an astronomical observatory with vast telescopes. Once completed, the planetarium will be one of the largest in the world.

Shanghia Museum East, designed by Ábalos + Sentkiewicz, will be sited close by the new branch of the Shanghai Library. Alongside the current Shanghai Science and Technology Museum and Shanghai Oriental Art Center, they will comprise a “cultural highland.” The east branch of the Shanghai Museum will stretch over 105,000 square meters. This is more than double the size of the Puxi branch which opened in People’s Square in 1996.

East branch of the Shanghai Library 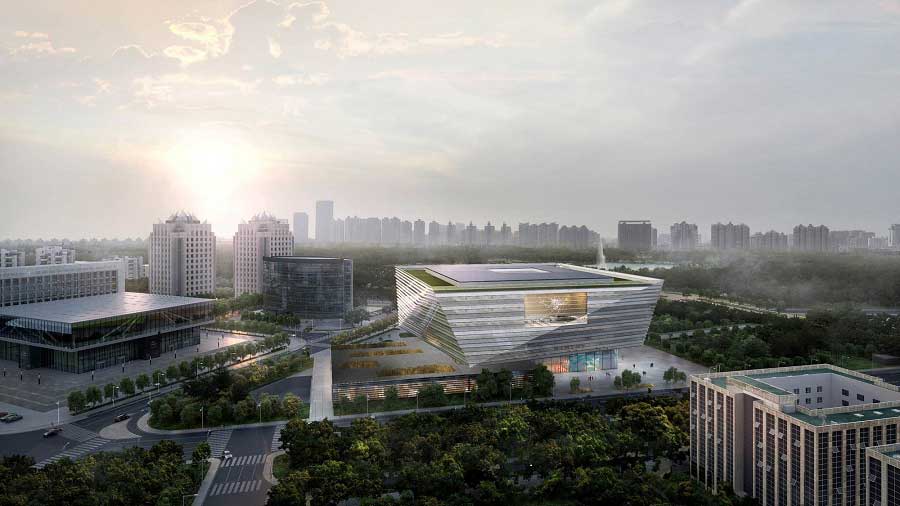 Shanghai Library’s east branch is planned as a cultural oasis with a design described as “well-carved jade”. It will cover 115,000 square meters. The library will be home to around 4.8 million books. More than 200 lectures and other cultural activities are planned for each year. 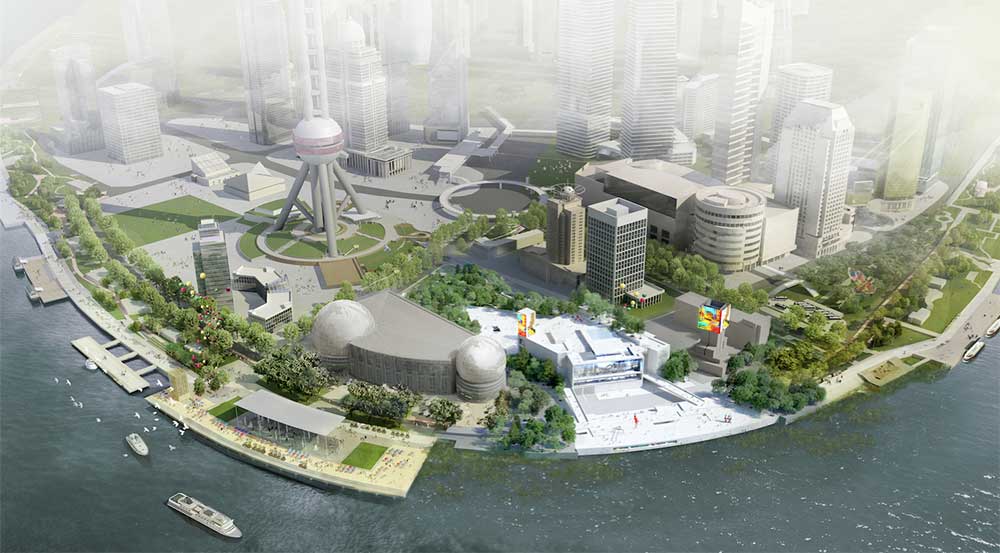 This will be constructed in the Lujiazui financial centre, along the Huangpu River. The museum will be at a prominent location directly below the Oriental Pearl Tower. The four-storey white granite building, designed by Jean Nouvel, will have two large glass wall sections, so its interior will be visible from across the river. The museum is set to curate a blend of traditional and contemporary art, predominantly Chinese.

Shanghai Expo Culture Park is another riverside development.  Stretching over 1.88 sq km and it is set to become the largest green space in the Shanghai city centre. The eco-park includes a range of new buildings, including an opera house.

Not content with purely culture, Pudong will also aim to become a key commercial hub. The area hopes to lure international brands to debut in Pudong and to improve cooperation with retailers.

The area hopes to galvanise the industry, in particular the pharmaceutical and electronics industries, with a series of policies aimed at attracting key professionals to the area.