Saudi Arabia has pledged more money for attractions as part of a $13bn initiative to promote entertainment, health, sports and education in the kingdom.

The Quality of Life programme will spend the money by 2020. It is part of Saudi Arabia’s National Transformation Plan to modernise the economy and society by 2030.

Ahmed al-Khatib, chairman of the General Entertainment Authority (GEA) identified a water park, three theme parks, museums and more cinema projects as some of the beneficiaries of the scheme.

“The initiatives will cost a total of 50 billion riyals ($13.33bn), and government spending will be around 60%, with 40% from the private sector,” Khatib told Reuters.

One of the goals of the programme is to have at least three Saudi cities included in the list of top 100 cities in the world to live by 2030. Quality of Life will also look to provide economic and investment opportunities in creative industries.

Money will be invested in a range of cultural and artistic fields including the visual arts, performing arts, filmmaking, poetry, design and heritage. An island for arts and culture in Jeddah will also be established as part of the scheme. It will include 45 cinemas, 16 theatres and 42 libraries.

According to Arab News, a number of funding models will be developed to stimulate the private sector to invest in both capital expenditures and operating expenses.

Last September, the Saudi Commission for Tourism and National Heritage said that it will allocate $2.67bn to the development and rebuilding of tourism projects. In February, the GEA announced plans to invest $64bn to develop the country’s entertainment sector over the next decade.

Last month, construction began on Qiddiya, a 334sqkm entertainment and leisure destination near Riyadh that will feature theme parks, a safari park and a motor sports facility. Six Flags recently signed an agreement to develop, design and license a Six Flags-branded park for the destination. 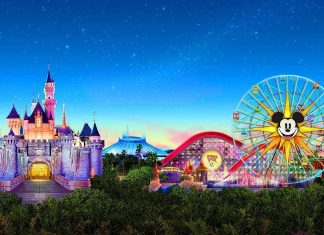 Powersoft to launch new approach for system design and control...