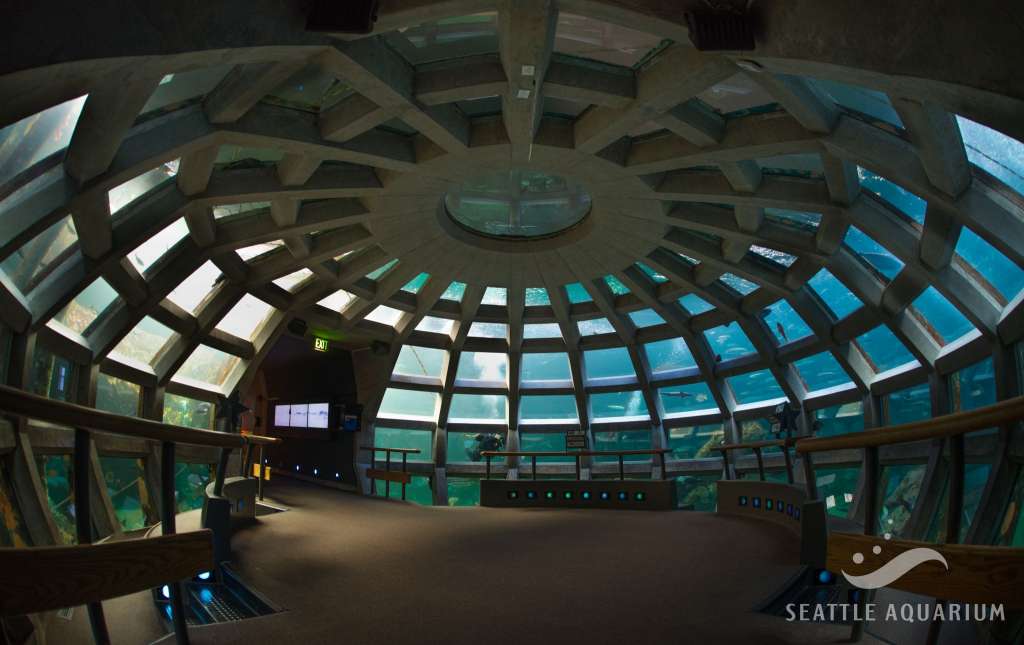 Seattle Aquarium’s $113 million expansion moves closer as Council members approved a memorandum of understanding to enable construction to start in 2021.

Seattle Aquarium has said it will aim to raise $113 million in funds for its new Ocean Pavilion expansion. The money is expected to come from city, state, county, and private donors.

The Council has approved a memorandum of understanding saying that the amount is a possible commitment but has not been set aside as yet. Documents suggest around $60 million could come from private donors with $19 million from federal, state, and county sources, and a further $34 million from the city of Seattle.

However, for now the city will spend around $5 million, matched by the aquarium, on designs for the expansion.

The Ocean Pavilion would be sited next to the aquarium’s existing buildings. It’s likely that the centrepiece would be a 350,000 gallon warm-water tank, housing sharks, sea turtles and other sea creatures, along with many varieties of coral.

The major reason for the expansion is the increase in visitor numbers. The aquarium currently hosts around 850,000 visitors a year, up over 200,000 from 11 years ago, when the last expansion was completed.

Bob Davidson, CEO of Seattle Aquarium says that the attraction is at maximum capacity for about 45 days of the year. He says that the planned Ocean Pavilion would allow crowds to move more easily. He also feels that the aquarium has an essential role in education, as well as entertainment.

“What we’re now realizing is that the health of Puget Sound depends upon the health of the ocean,” he said. “And that’s an urgent message.”

It is hoped that construction will start in 2021 with the new facility opening by the end of 2023.