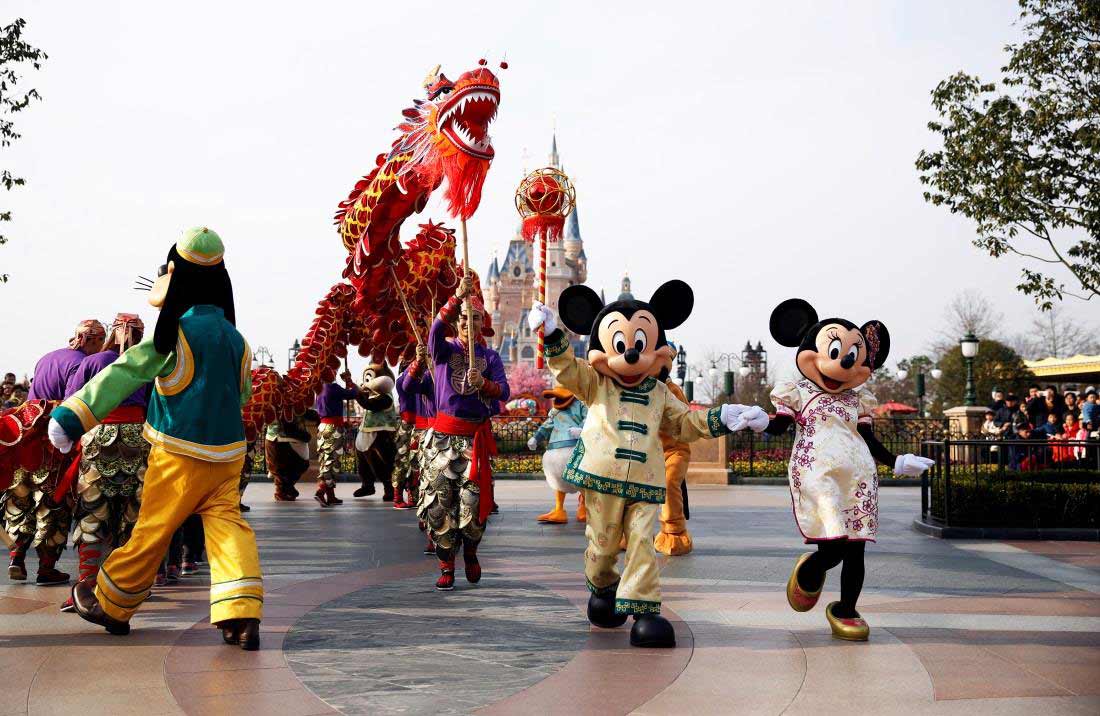 The Walt Disney Co posted their first quarter results on February 7th, revealing a drop in both revenue and operating income across three of their four segments.

The only segment to show an increase in both revenue and operating income was Parks and Resorts, with figures boasting an increase of six per cent and 13 per cent respectively.

The largest segment of the Walt Disney empire, Media Networks, saw a decline of four per cent in operating income due to higher programming costs and lower advertising revenue at cable service ESPN.

Meanwhile consumer products felt the chilly effect of coming down from the Frozen frenzy that delivered a total of $6 billion in merchandise sales. 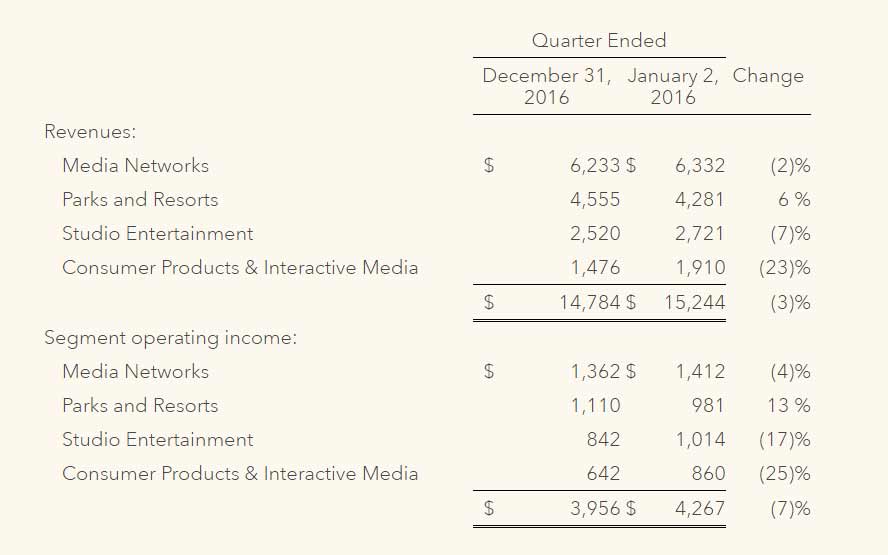 Parks and Resorts’ promising results have been credited in part to Shanghai Disney Resort, which has welcomed seven million guests since opening in June.

“The Shanghai Disney Resort is off to a strong start. We’re thrilled with this performance, and it could potentially exceed 10 million in total attendance by the resort’s first anniversary,” said Bob Iger, Chief Executive Officer of Disney, in a statement.

The Chinese Lunar New Year was an occasion that proved particularly popular with visitors resulting in ticket sales being suspended for two days over the holiday period due to the high demand.

Iger added, “Operating at maximum capacity for virtually the entire holiday period, the huge attendance during Chinese New Year adds to our confidence in the resort’s ability to reach break-even in this fiscal year.”

According to the Themed Entertainment Association, globally Disney attractions welcomed 137 million visitors in 2015, with parks in California and Tokyo bringing in 18.3 million and 16.6 million respectively. Qi Xiaozhai, a senior consultant at the Shanghai Municipal Commission of Commerce, said “China’s expanding middle class means that there are likely to be opportunities for growth at Shanghai Disney.”

Despite being a member of President Donald Trump’s business council, Iger has urged caution to protect US dealings with China.  In an interview with CNBC, he warned that, “an all-out trade war with China would be damaging to Disney’s business and to business in general. It’s something I think we have to be very careful about.”

Iger had been expected to step down as CEO of Disney in 2018.  He has held the post since 2005, however he recently revealed that he would be open to staying for longer to allow more time to find a suitable successor.