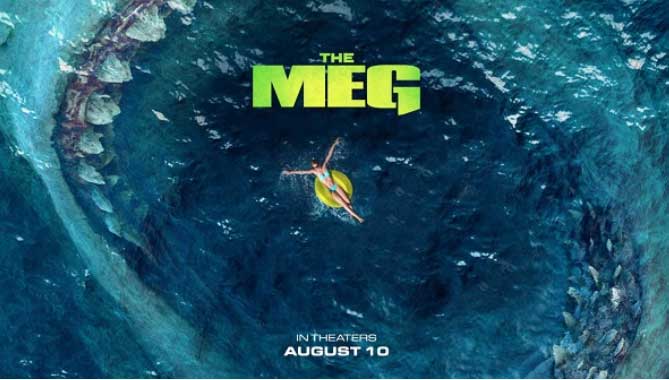 Producers of the shark sci-fi thriller “The Meg” say they are starting to work on a sequel – and theme park attractions could be on the way in China.

During the US-China Entertainment Summit at the Skirball Center on Tuesday, producers of “The Meg” confirmed a sequel was in the works for the hit US-China co production, and the franchise is looking to branch out into attractions.

“The Meg’s” executive producer, Catherine Xujun Ying, said: “It’s still very early stages right now, but we’re working or starting to work on it. We’d like to keep it a secret at this time.”

She added that talks are underway to develop theme park attractions in China. Ying said. “Hopefully China will have the first Jurassic aquarium.” Further details of the attractions are not yet clear.

“The Meg” is the highest grossing Sino-American co-production in history. It has brought in $528 million as of last weekend. The film follows a group of scientists who encounter a prehistoric megalodon shark. It stars Jason Statham and is loosely based on the 1997 book Meg: A Novel of Deep Terror by Steve Alten.

In August, Warner Bros toured with a VR attraction based on the film. The attraction features semi-underwater submersion and a virtual reality encounter with the shark.