Goldman Sachs has delayed the pricing of the bond sale to finance the American Dream mega mall.

The deal to offer $1.1 billion million of tax-exempt municipal bonds, which was to have been the largest sale of unrated municipal bonds this year, may have been delayed to allow more time to secure investors, reports Bloomberg.

The bond sale comprises $800 million of bonds backed by payments in lieu of property taxes and $300 million secured by New Jersey grants dependent on future sales-tax revenue targets.  The remainder of the financing of the $2.8 billion project will be covered by a $500 million investment from the developer, payments from tenants and nearly $1.7 billion in loans from JPMorgan Chase & Co.

The American Dream project has had difficulties. Construction began in 2004, with Triple Five taking over in 2011 after the original developer ran out of funds.

The 1136 page prospectus for the bond offering includes 36 pages of risks, covering delays to completion as well as concerns around transportation links to the mall.

Triple Five are best known for their two North American malls – the West Edmonton Mall® in Alberta and Mall of America® in Minnesota. With an indoor theme park and waterpark as well as other retailtainment options, Mall of American is the most popular attraction in the US, welcoming 40 million visitors a year with an average stay of 2.5 days.

American Dream will take the retailtainment evolution a step further.  Over 50 percent of the project is allocated to entertainment and experiential leisure.  The 2.9 million square-foot (270,000 square-meter) mall will include over 450 retailers and restaurants as well as the Nickelodeon Universe Theme Park; the world’s largest indoor DreamWorks Waterpark; the first indoor ski and snowboard park in the Western hemisphere; a Cirque du Soleil performing arts theatre; an NHL sized ice rink; a SEALIFE and LEGOLAND Discovery Center, cinemas and miniature golf. 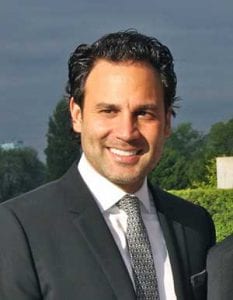 Although the retail market is tough in the US, in a recent interview with Blooloop President of Triple Five, Don Ghermezian (left), asserts that there is still a place for centres that can offer the consumer the best experience:

“Retail is always going to be important. It will absolutely 100 percent survive. However there is going to be a contraction. The retailers of the world just don’t need thousands of stores in North America. There will always be a market for those products – just a little bit smaller in terms of their store count.

“I think, quite frankly, that the United States is ‘over-malled’. There are still several hundred malls that need to shut and that will shut in North America over the coming years. However there will always be the strong, true, AAA centres that have embraced the ideas that we put out there. They will always be successful. I think the demise of the B and C class centres is long overdue. Ultimately that will leave a smaller and stronger group. We plan to have four of our centres at the top of that group.”

American Dream is set for a November 2018 opening.  Triple Five must be hoping that Goldman’s can push ahead quickly with the bond sale, convincing jittery investors to share in their American Dream.