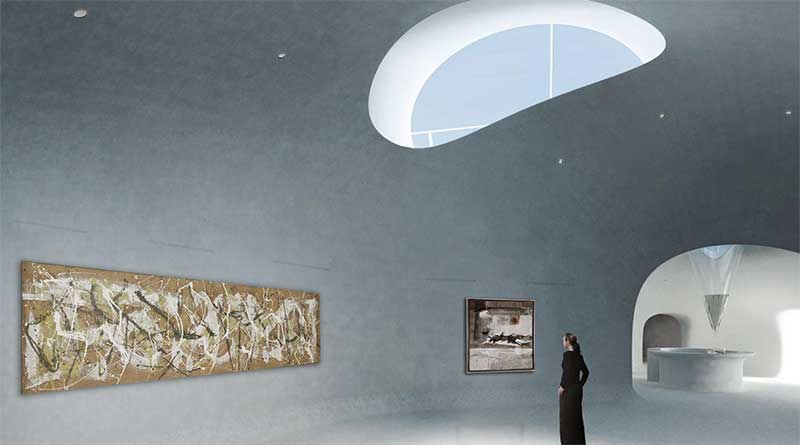 UCCA Dune will be 930 sq. m. space. It will be designed by Li Hu and Huang Wenjing of Open Architecture.

UCCA director, Philip Tinari, said: “Doing the programming is like having another gallery, it will supplement and complement the main museum. This marks a first for us, and we are open to further opportunities.”

The first show will be called After Nature. It is a “multigenerational show of nine Chinese artists” including Zhuang Hui, Li Shan and Liang Shaoji. Tinari said: “The space is nearly Guggenheimian in its specificity. It would also work spectacularly for a one artist show.”

The development will be located by the Bohai Sea shoreline. It will be about 300km from Beijing – 90 minutes by train,

The area is undergoing development – with Beijing drama impresario Meng Jinghui opening a theatre nearby. Chinese rock musician Cui Jian has a recording studio and will build a second. The Sanlian Public Library opened on a secluded nearby beach in 2015. A high speed rail to Beijing opens next year.

The museum will contain seven indoor and three outdoor galleries. Portions of the building will be burrowed under the sand. A smaller, second building will be built next year. It will be in the water and partly submerged and only accessible during low tide.

In a release, the architects, OPEN Architecture, described the building: “With ever-changing expressions and temperaments, the sky and sea stimulate boundless creative energy. A spiral staircase leads to the lookout on the sand dune, guiding souls filled with curiosity to rise up from the caves, and be deeply touched by the vast openness of the sky and sea. Through a narrow passage, they leave the caves in the sand dunes and head toward the realm of the sea.”