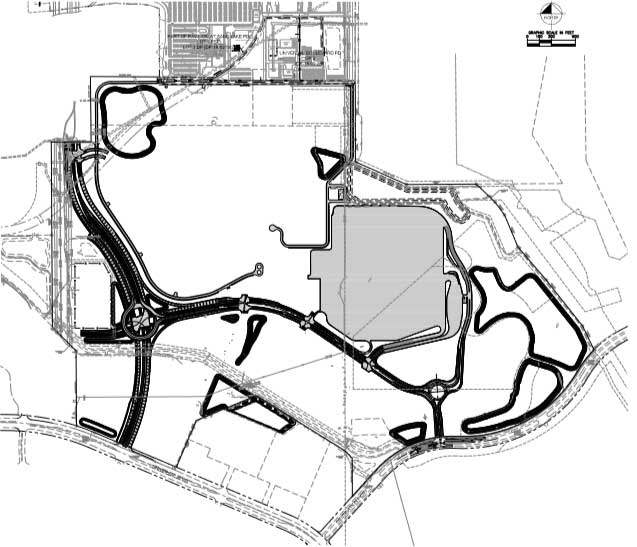 Universal Orlando has filed site development plans with Orange County that offer a peek at the park’s plans for their additional space.

The company purchased land near the current Universal resort complex back in 2015 and in April this year, it filed permits with the state of Florida, indicating it is preparing to start preparation work. In July, the company said that the prospect of a third gate was “attractive”.

Universal has announced the intention to construct Nintendo-themed lands in Orlando as well as other destinations. Expansion is seen as a vital step as rival Disney continues to upgrade its Orlando parks.

The 24-page plan was filed on Monday and gives details of new roadways, drainage and utilities that would be placed on the 541.5 acre property.

Reporting on the document, Orlando Rising noted that the majority of the planned road work is around the southwestern edge of the property and includes at least one large roundabout. There are also possible indications of a large parking structure.

Rumours of a new theme park spread  after Universal trademarked the name “Fantastic Worlds” for use in amusement parks. The company also allegedly sent out a guest survey asking about potential names for a new theme park.

There was no mention of the possibility at Comcast’s recent Q3 earnings call. NBCUniversal’s third quarter revenue from Theme Parks decreased 1.4% to $1.5 billion. This was attributed to severe weather and natural disasters in Japan.

Adjusted EBITDA decreased 6.5% to $725 million in the third quarter of 2018, reflecting lower revenue and an increase in operating expenses.

National Gallery to expand in Asia with cafes and pop-ups