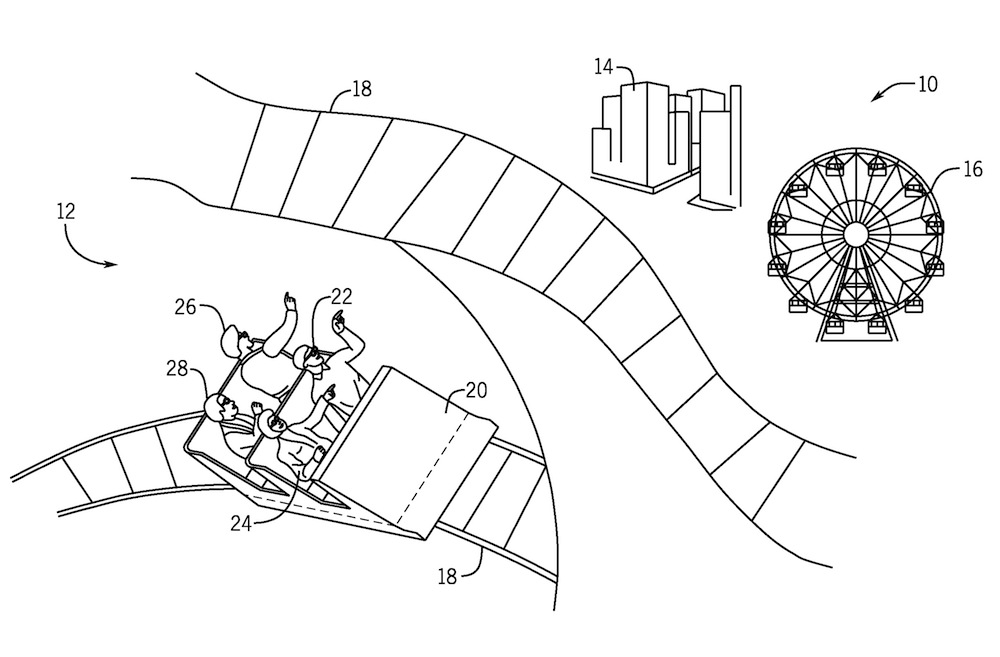 Universal Parks & Resorts has filed a patent application for the use of augmented reality googles on amusement rides. Virtual reality or mixed reality (a combination of VR + AR) experiences are also proposed.

The application lodged with the US Patent and Trademarks Office discusses how the goggles could be used not just on a ride, but also in an exterior theme park setting. Here guests would see additional superimposed images in an existing real-world themed area.

“The graphics generation system may render AR/VR images that may include, for example, an image of a second mall of amusement park facilities, one or more fictional characters, a breach of the tracks, and/or additional AR/VR images,” it is stated.

In one embodiment, the AR/VR image may include an image of a monster or other character appearing to obstruct a portion of the tracks as the ride vehicle traverses through an attraction. 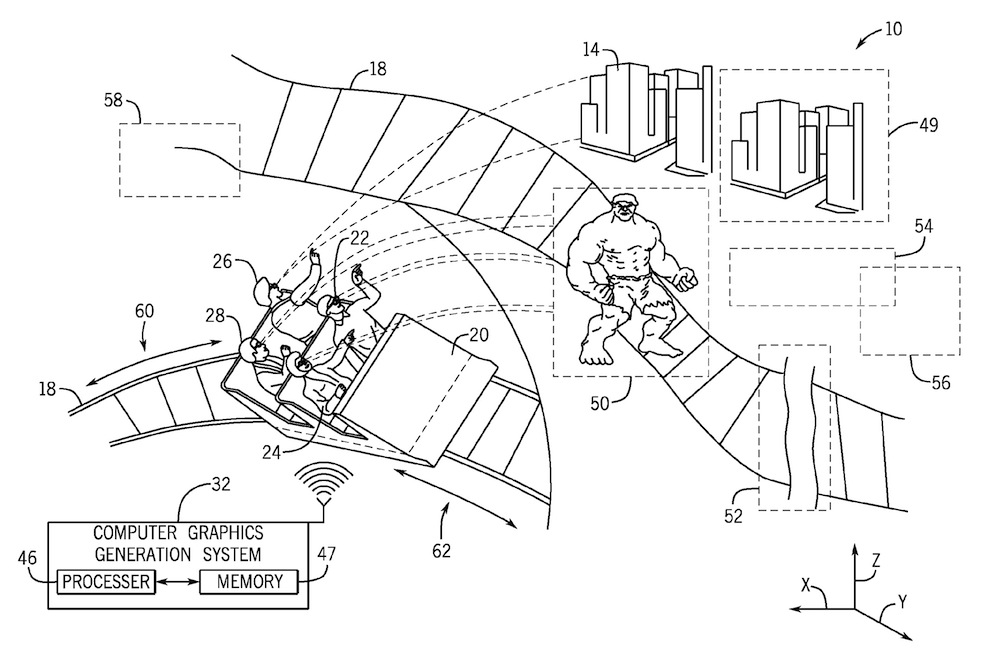 The patent doesn’t state which attraction could use this technology. However, theme park fans continue to be excited about plans for Super Nintendo World at Universal Studios Japan, as well as subsequent Nintendo themed lands at Universal’s parks in Orlando and Hollywood. The Orlando Business Journal suggests the VR/AR technology could be employed on a Mario Kart ride, allowing goggle-wearing passengers to see other Nintendo characters and environments in the race. This theory supports an earlier Universal patent where guests will have control of their cars and can potentially aim items/weapons at other real or virtual cars in the environment.

Thinking outside the rollercoaster

In applying for the VR/AR patent, Universal acknowledges the physical and creative constraints offered by traditional rides such as rollercoasters. “Outside of providing an increasingly complex system of steep, twisting, and winding rollercoaster tracks, the thrill factor of such rollercoasters and/or other similar thrill rides may be limited to the existing course or physical nature of the thrill ride itself,” says the application. “It is now recognized that it is desirable to include components of interest and thrill factors in such attractions in a flexible and efficient manner relative to traditional techniques.”

Images: US Patent and Trademarks Office 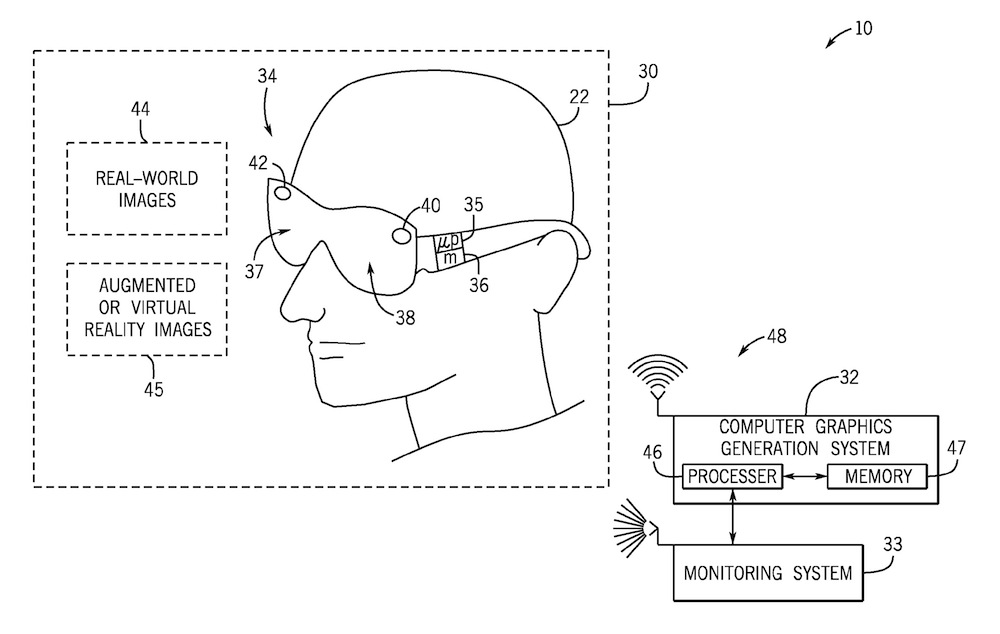 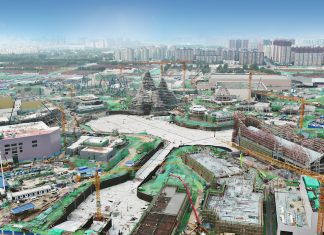