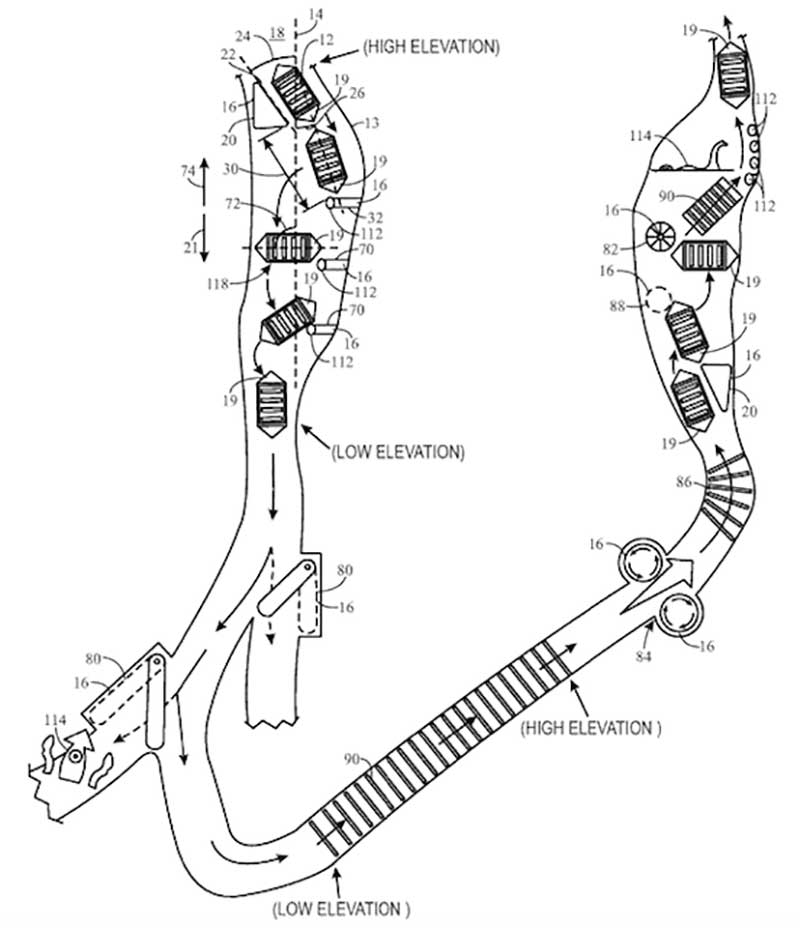 One of the patents, called System and Method for Kinetic Rotation of a Ride Vehicle proposes a simple method for rotating the vehicle in flume or boat rides.

Systems for Ride Vehicle Restraint describes a new method for accommodating “guests of a wide spectrum of shapes and sizes” in safety restraints.