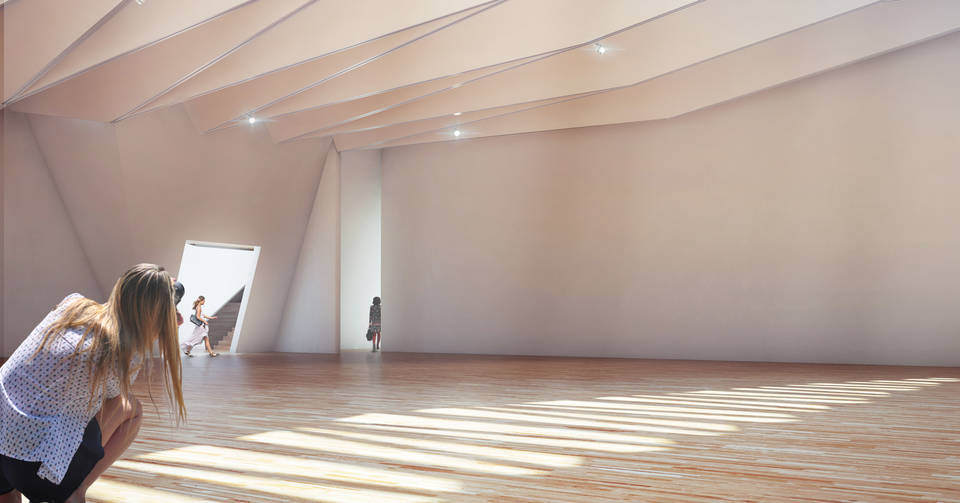 The V&A is poised to open its brand new Sackler Gallery, five years after work began on the £48 million temporary exhibition space.

The museum’s densely built-up location meant that the only way to up its footprint was to go down.

Designed by architect Amanda Levete and named after the Mortimer and Theresa Sackler Foundation, which gave £10 million to the project, the end result is a stunning subterranean space rising to a lofty 10.5 metres. The space is further enhanced by the pleated steel plates in the roof which remove the need for view-impeding columns or supports.

The Telegraph describes it as ‘a triumph’ and says the new public space that Levete has created above it is ‘equally transformative’. 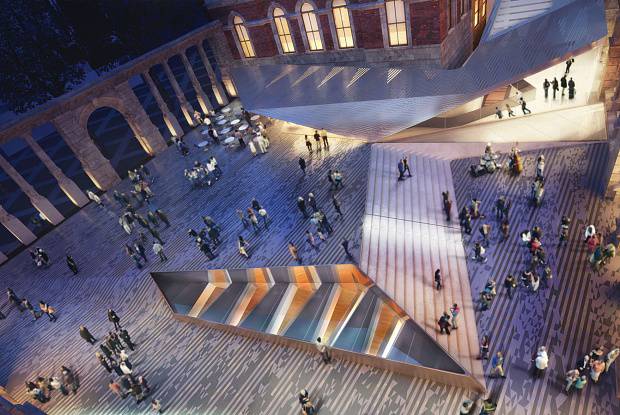 This expansive courtyard is now the main entrance to the museum and fronts Exhibition Road which was remodelled in 2012 to give priority to pedestrians.

The courtyard is paved with over 10,000 custom-made porcelain tiles, a tribute to the museums extensive ceramics collections. The floor has been reinforced to allow for the future display of sculpture. The space also features a café and an oculus that floods daylight into the exhibition gallery underground.

Another benefit of the new courtyard is the improved view it affords of the original building.

According to The Art Newspaper, the majority of the redevelopment was funded by just four donors. Aside from the Sackler foundation, the other three are named as Len Blavatnik, a Ukrainian-born US businessman whose family foundation donated £5m, the Sainsbury family, whose £18m contribution came from the Monument Trust and the Headley Trust, and the Heritage Lottery Fund (HLF) which gave £5m.

The new entrance is predicted to boost attendance at the V&A (which numbered three million in the last financial year) by around 10 per cent.