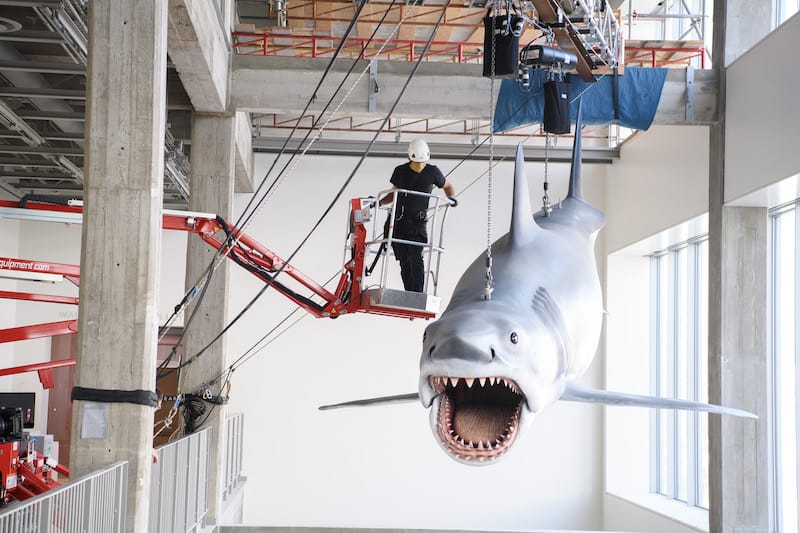 The Academy Museum of Motion Pictures has completed the installation of the only surviving shark model from the 1975 film Jaws, knowns as ‘Bruce the Shark’.

The 25-foot model is nicknamed ‘Bruce the Shark’ and is one of the most iconic objects from the permanent collection at the Academy Museum.

“It’s been a long journey for Bruce since he was acquired in 2016, and we couldn’t be happier to welcome him to his new home,” said Bill Kramer, director and president of the Academy Museum.

“We look forward to our opening when museum visitors can engage with our exhibitions, experience our beautiful Renzo Piano-designed building, and come face to face with one of the most iconic characters in film history.”

The model is the fourth and final version of the shark model to come from the original mold for Jaws. It is the only surviving version of Bruce.

It was cast in fiberglass for photo opportunities at Universal Studios Hollywood until 1990, before heading to Nathan Adlen‘s family junkyard business in California.

Bruce was authenticated by Roy Arbogast, a member of the original film’s SFX crew, in 2010. The Academy Museum acquired the model from Adlen in 2016.

The museum worked with special make-up effects creator Greg Nicotero to restore the fiberglass shark, which had deteriorated after being outdoors for 25 years.

The model came from the original mold for Jaws 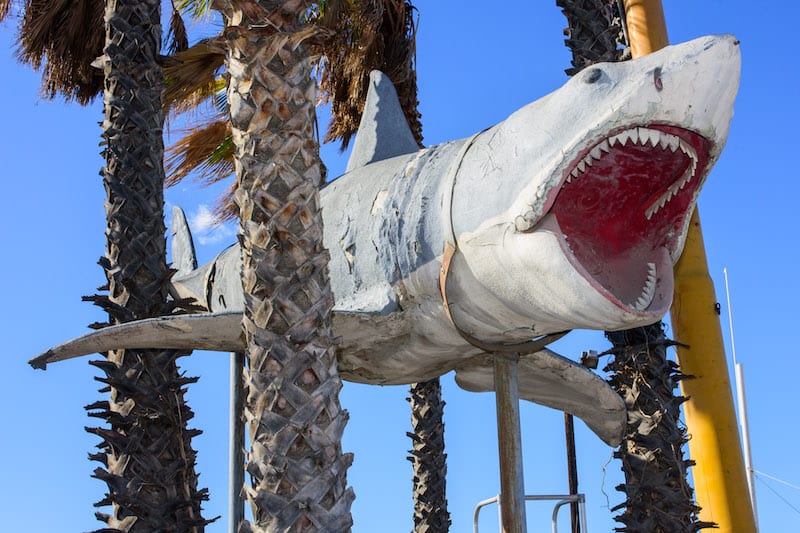 Bruce is the largest object in the museum’s collection and had to be craned into the building. The installation was completed on November 20.

The Academy Museum recently unveiled its opening exhibition on Hayao Miyazaki, co-founder of Studio Ghibli, launching when the museum opens on April 30, 2021.

Earlier this month, the Academy Museum exceeded its pre-opening fundraising campaign goal of $388 million, with a closing donation from LAIKA.