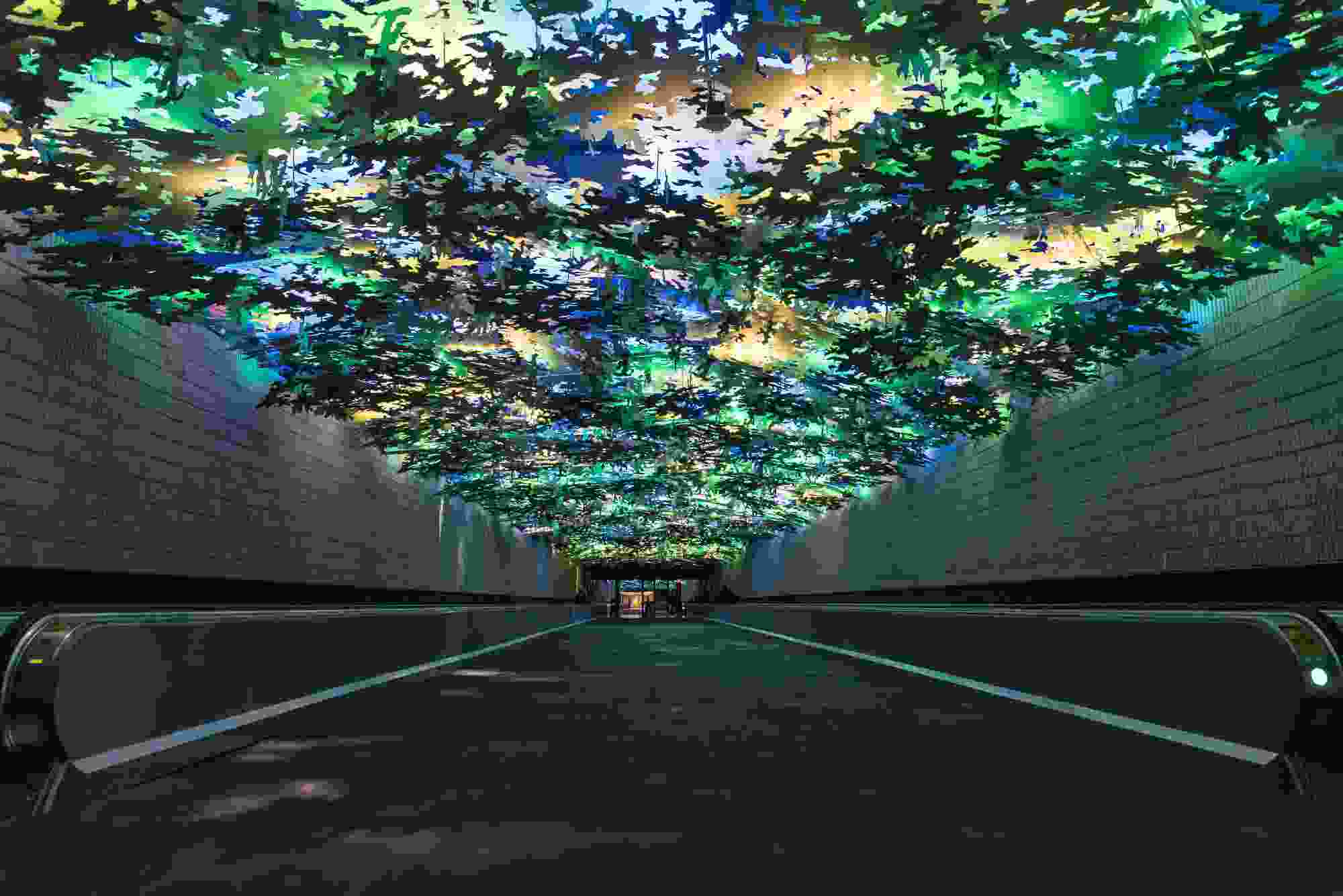 Alcorn McBride’s V4Pro show controller has been selected for a $4.1million installation by artist, Steve Waldeck.

‘Flight Paths’ is sited in an underground walkway at Hartsfield-Jackson Atlanta International Airport. The work simulates a walk through a forest and features immersive lighting, video, projection and sound effects.

ILC, the Illinois-based equipment provider and systems integrator for ‘Flight Paths’, chose Alcorn’s V4Pro because of its reliability.

“Alcorn McBride products are bulletproof,” says Senior Account Executive at ILC, Matt Pearlman. “The V4Pro sends commands to lighting, video, projection and audio. It also handles all the scheduling, communications and interface with building controls. The V4Pro’s ability to deal with all kinds of protocols was critical.”

Effects for the installation include birds chirping, images of the tree canopy and a rain shower.

“What’s most exciting to see is how the mixed media is tied so tightly together,” continues Pearlman. “There are thousands of multi-layered aluminium cut-outs of the tree canopy, embedded coloured lighting, LED video, projections and ambient audio. Local passengers will even recognise birds native to the area.”

According to Pearlman, ease of operation was another key factor in the selection of the V4Pro.

“It’s a very complex system that operates with just four big buttons. That make it easy for the airport employees who maintain it day to day.”