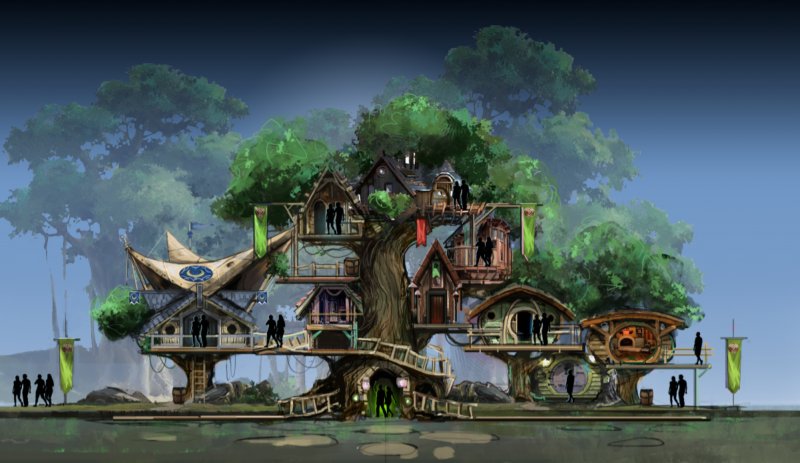 Infinite Kingdoms and the Weber Group have announced the first-ever Ancient Lore Village, an immersive and themed overnight ‘story resort’ in Knoxville, Tennessee. The new attraction was announced at IAAPA Expo 2019 in Orlando.

Visitors will take on a role in an original story at the resort, which will happen all around them. There will even be interactive experiences in their rooms.

The new play platforms include Magic Campfire, DigiMe and Infinite Tracking, which will be available throughout the entire resort – dubbed an interactive playground.

Interactive experiences throughout resort and in rooms

“This is the first time in the world an interactive resort has been designed from the ground up to create a fully interactive world with physical and effect-driven interactives at all locations in the resort,” said Denise Chapman Weston, chief inventor at Infinite Kingdoms.

“No better connection can be formed than sharing and enjoying stories together. Infinite Kingdoms and the Weber Group are a perfect fit for taking our vision of a world connected by story and executing it with unique technology.”

The Willows are comfort creatures at Ancient Lore Village and their dwellings are amazing. With two bedrooms and over 1,000 square feet of space, your family will love relaxing and spending time here. #ancientlorevillage #knoxvilletourism #knoxrocks #tennesseetourism

“This compelling partnership is another key factor in our ability to demonstrate our executable vision to our growing base of partners,” Cross added.