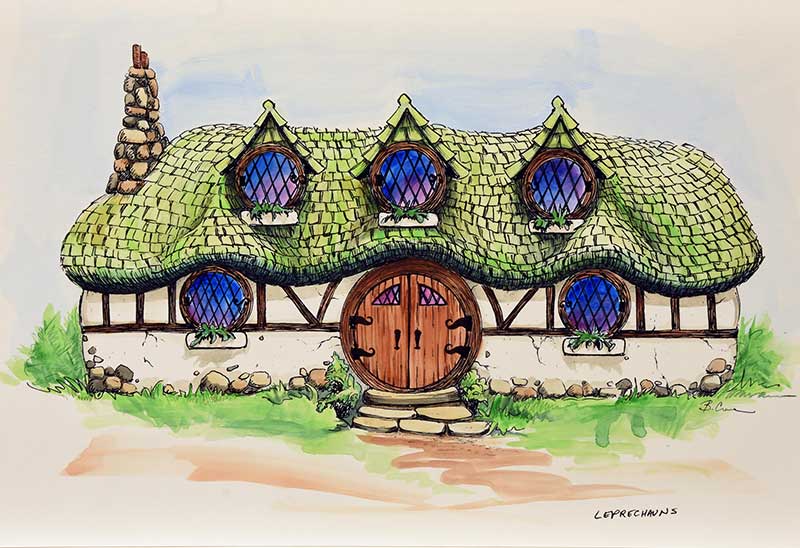 Local businessman and author Tom Boyd has announced his plans to build a 40-acre resort inspired by a fantasy book he has written.

The resort will feature more than 150 period homes and treehouses, a 150-seat restaurant, a 500-person meeting and event center, and a 1,000-seat outdoor amphitheater.

The resort will be called “Ancient Lore Village at Boyd Hollow,” and is based on a book by Boyd called The Bobbins – Outcast to the Inner Earth.

Tom Boyd said: “We want to bring this book to life, and that is why we’re creating Ancient Lore Village at Boyd Hollow. This resort is unlike anything else in the world, and it will draw people from all over to Knoxville.”

There will be miles of walking trails, elaborate landscaping, water features and stone walls with an “ancient age” look.

After dark, the valley will be projected with millions of fireflies.

Ancient Lore Village will be an immersive resort with no in-room televisions, no motor-driven vehicles and no concrete or blacktop.

Boyd said: “It is my goal to make this a worldwide destination resort. I would expect the Village to be a major advantage for my hometown, Knoxville. I also hope Ancient Lore Village at Boyd Hollow conveys Knoxville as a good place to live – one where people would be proud to settle.”

The theme park is located in Pleasant Grove, Utah. The site on a small industrial park has become an old-world, gothic-styled European village surrounding by botanical gardens. The immersive experience is akin to Live Action Role-Playing, where visitors are more like explorers than guests. Theatrical performance, costuming, art effects, and technology will bring the story to life.

I wonder if these people will be interested?
https://en.wikipedia.org/wiki/Tolkien_Estate