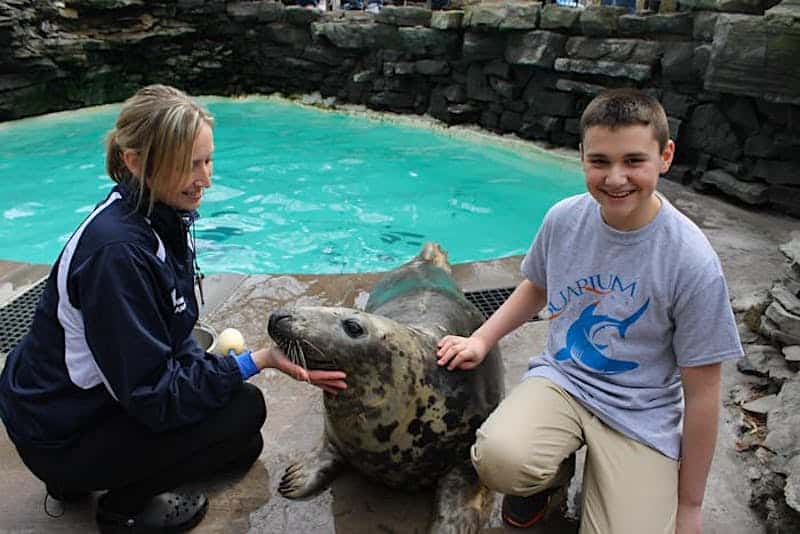 The Aquarium of Niagara is expanding to improve its seal and sea lion habitats. It will build the new homes over the next three to five years, as revealed in the masterplan.

According to The Buffalo News, a masterplan was unveiled on Wednesday (February 19). It calls for enlarging the building to improve the homes of the aquarium’s seals and sea lions.

Gary K. Siddall, executive director of the Aquarium of Niagara, said the attraction takes in “special needs animals”. He added: “We want to think bigger and more boldly.”

We hope everyone starts their morning off right with a nice balanced breakfast! Here at the Aquarium that means lots of fish! All of our seals eat around 10lbs of fish per day! YUM! 🐟 🐟 🐟 pic.twitter.com/e4OQGBxkny

The expansion involves building a larger and more naturalistic habitat for the seals and sea lions in the next three to five years, using a strategic plan by Zoo Advisors.

“There’s not much room left to renovate, so the aquarium has to get bigger,” said Siddall. “The water has been moving beneath the surface. We are about to make some waves.”

On the new habitat, Siddall told WBFO News: “We are an institution that provides home to rescued and non-releasable animals. We are not the bad guys.

“We are the ones providing a forever home for animals that would otherwise have a horrible outcome living out in the wild.”

Aquarium of Niagara has five seals and five sea lions

Tag you’re it! Lumie and Medusa were caught chasing each other the other day! pic.twitter.com/u84VcxQ4zB

It is the second largest project in the aquarium’s history, and the third major exhibit in three years. During that time, more than $6.5m has been invested in the Aquarium of Niagara.

The largest expansion was Penguin Coast, a $3.5m Humboldt penguin exhibit. Another recent project was Aliens of the Sea, featuring jellyfish.