Following years of successful tours, the Art Aquarium is set to become a permanent attraction with more than 30,000 goldfish in Tokyo in August 2020.

Art Aquarium is an interactive aquarium and museum that will display more than 30,000 Japanese goldfish, known as kingyo, in its permanent location in Tokyo.

The exhibits and F&B will be seasonal, and the permanent exhibit area is approximately three times the size of previous exhibits (via Sora News 24). There will be a new area called ‘Oiran Way’, based on a red light district of the Edo period, as well as the ‘Forest of Kingyo,’ which features lines of pillars filled with goldfish.

Artworks include ‘Super Oiran’, an enormous fishbowl surrounded by 17 aquariums, ‘Lotusrium’, a giant lotus aquarium filled with goldfish, and ‘Ooku’, a series of huge fishbowls.

Additional artworks include ‘Kimonorium’, a large kimono with 3D projection mapping, and ‘A Show of Kingyo’, a shallow cylindrical tank.

Artworks include ‘Super Oiran’ and ‘Lotusrium’ Art Aquarium has been running as a summer event for 14 years, but follows in the footsteps of teamLab in becoming permanent. 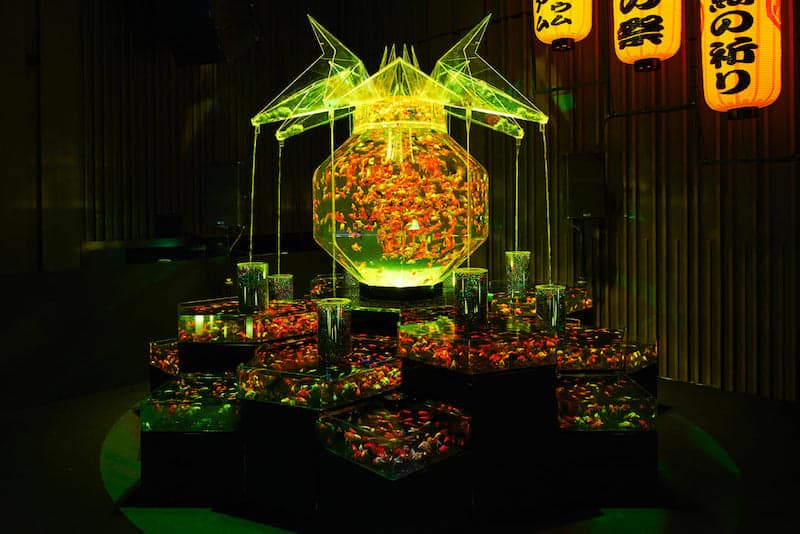