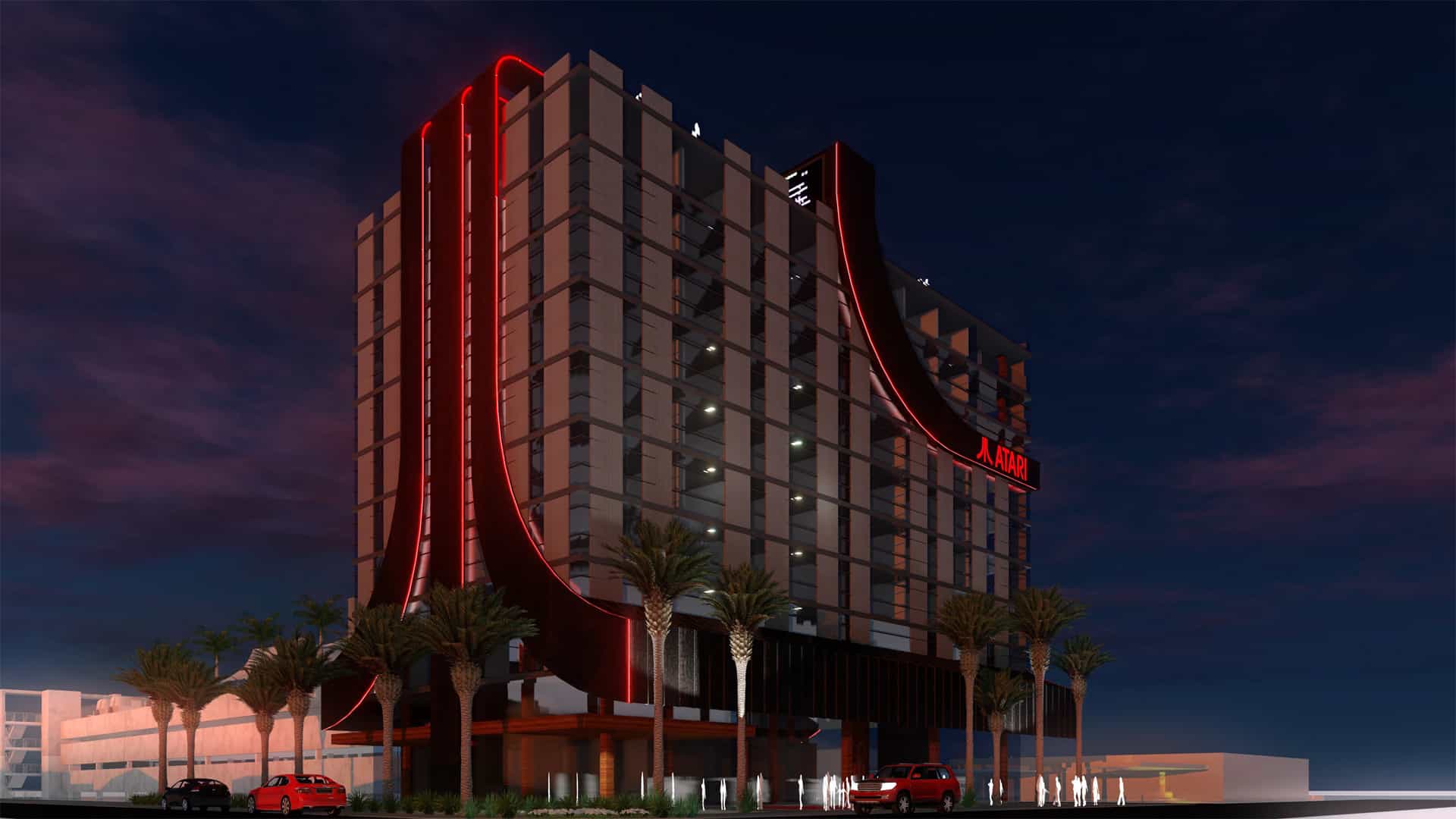 Atari is creating world-class video game-themed hotels, with construction on the first Atari Hotel starting in Phoenix in summer 2020. Some hotels will include venues for esports events.

Atari has announced a deal with GSD Group to acquire the rights to build hotels inspired by video games in the US.

The unique accommodation attraction will feature immersive experiences for all ages, including the latest in virtual reality (VR) and augmented reality (AR).

According to a press release, select hotels will include state-of-the-art venues and studios to put on esports events.

“We are thrilled to partner with GSD Group and True North Studio to build the first-ever Atari-branded hotels across the United States,” said Fred Chesnais, CEO of Atari.

“Together we’ll build a space that will be much more than just a place to stay.”

“How cool will it be to stay inside an Atari?”

“Atari is an iconic global brand that resonates with people of all ages, countries, cultures and ethnic backgrounds and we cannot wait for our fans and their families to enjoy this new hotel concept,” added Chesnais.

Atari, an interactive entertainment company, owns and manages a portfolio of more than 200 games and franchises, including Asteroids, Centipede, Missile Command, Pong, and RollerCoaster Tycoon.

Napoleon Smith III said: “When creating this brand-new hotel concept, we knew that Atari would be the perfect way to give guests the ‘nostalgic and retro meets modern’ look and feel we were going for. Let’s face it, how cool will it be to stay inside an Atari?”

“Atari Hotels will be the first of their kind in the U.S., offering gamers of all ages the ultimate in immersive entertainment and in every aspect of gaming,” said Shelly Murphy.

“We’re excited to be working on this project with such great partners and to bring a big win to Arizona.”

Elsewhere, a hotel dedicated to esports is opening in Osaka, Japan. It will feature sleeping cabins, gaming floors and special rooms.