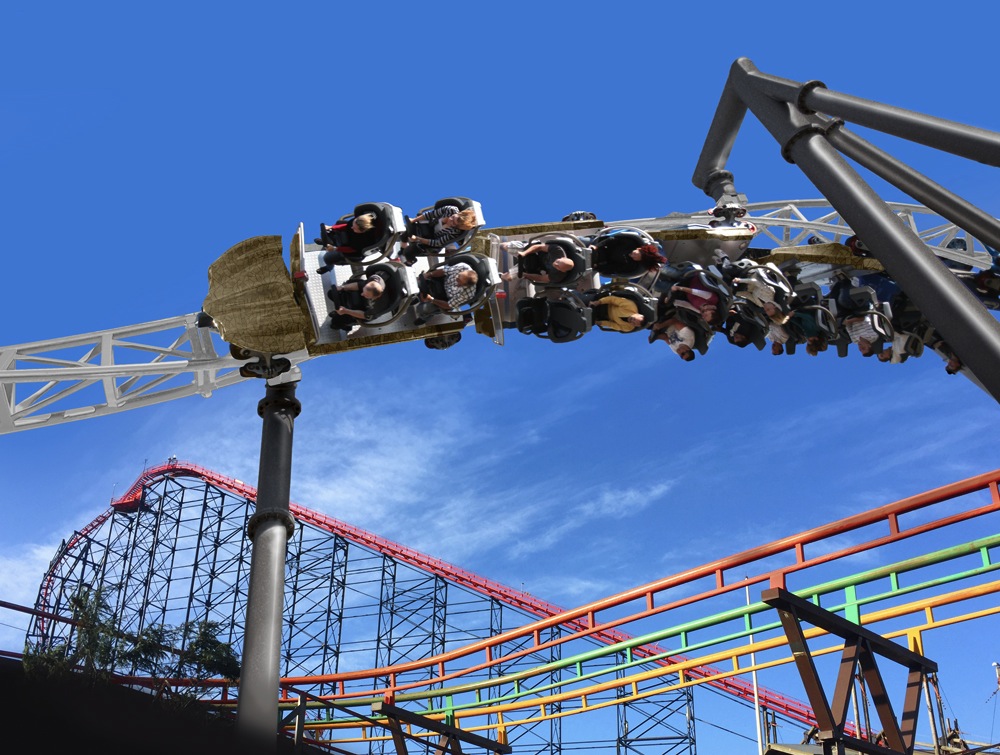 British amusement park Blackpool Pleasure Beach has today announced that its double launch coaster opening in 2018 will be called Icon.

Pleasure Beach officials believe the attraction will be one of the world’s most exciting roller coasters. As well as the two thrilling launch sequences, the coaster will interact with other rides at the park 15 times. Featuring 1.14km of track, it will have a maximum height of 27m (88.5ft). The top speed will be 80km/h (55mph) and maximum acceleration 4.3G.

Unveiling more than just the name of the new coaster, the park has provided a first look at the design too. Anthracite columns will be combined with high-shine steel track. The ride’s striking logo, meanwhile, features an embedded Japanese emblem symbolising speed. Riders on Icon will experience the same levels of acceleration as that felt by a Formula 1 driver.

Construction of the ride began in Blackpool back in December. So far over 5,500 tonnes of soil have been excavated and over 8,000 metres of pre-cast concrete piles and steel tubes driven up to 12 metres into the ground.

Icon will welcome its first paying Pleasure Beach guests in spring 2018. Once open, it will cement a long relationship between the Thompson and Mack families, both parks and attracctions industry stalwarts. 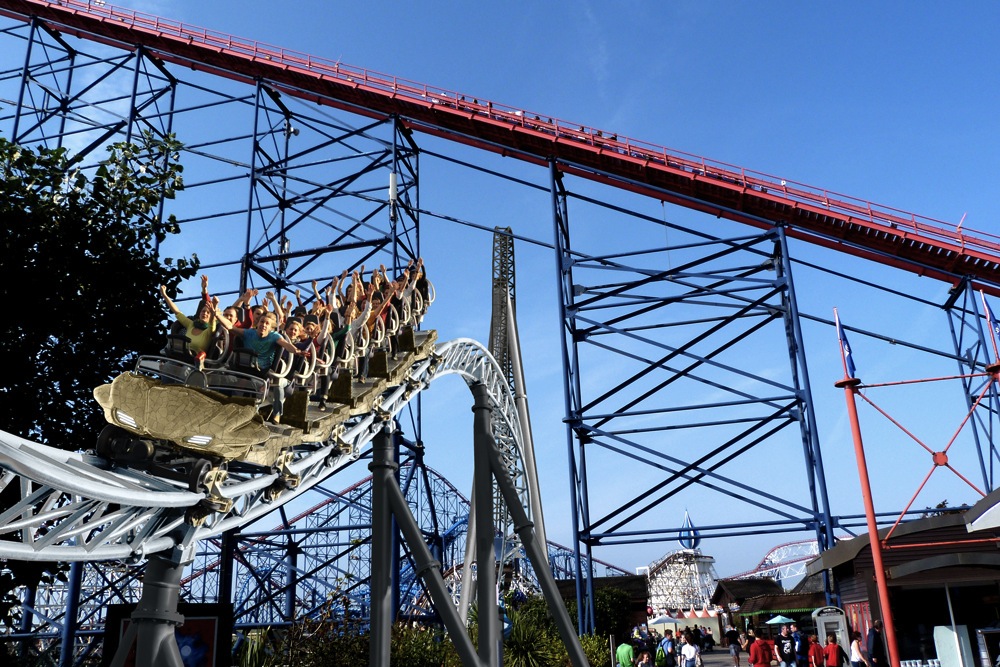 Icon interacts with the Big One at Blackpool Pleasure Beach