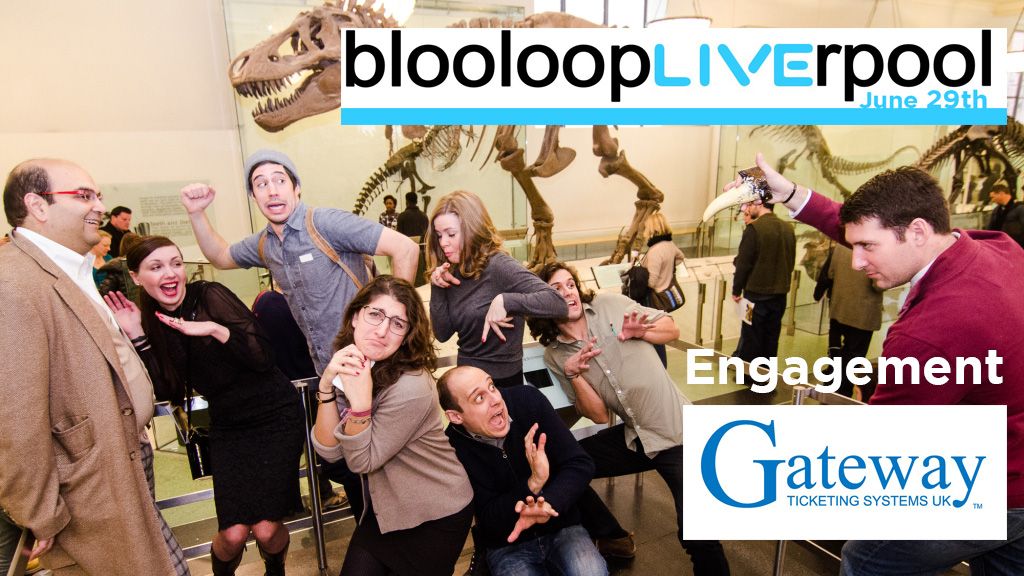 blooloopLIVErpool, to be held on June 29th, is a one-day conference focusing on the future of visitor attractions.  We are delighted to announce details of our Engagement session.

In Session 2, we look at new ways to engage visitors in a variety of attractions. It would be easy to think that the future is all about VR and AR but some of the most successful new trends draw on psychology rather than technology. From subversive, personalised museum tours in New York, to the science of theme park thrills and the keys to unlocking the Escape Room phenomenon, this is a session that is guaranteed to grab your attention.

Museum Hack is a company of renegade tour guides that lead “unconventional” tours at the best museums in the world. They believe you should visit more museums, more often. Museums are a great space for you to get inspired about the future and learn about history. But most people don’t like museums. They think they’re boring, irrelevant, and lack entertainment.

Nick Gray started Museum Hack to change that. Today Museum Hack is a profitable business in the art world with 40+ employees who give thousands of tours each year at museums in NYC, DC and SF. Tours include public, VIP Night, Bachelorette Parties, Little Hackers, Marriage Proposals, Company Team Building and more.  Museum Hack has been featured in the Wall Street Journal, Washington Post, Forbes, Newsweek and more.

Nick will tell us how he founded his company on a romantic date, what makes Museum Hack’s tours very special and why he thinks that museums are f***ing awesome.

Escape rooms, familiar to online gamers, are swiftly gaining fans in their real-life incarnation with rooms springing up across the globe.

Players work together to find a way out through code-breaking, puzzles, tasks and challenges.

With low start-up costs and a relatively high hourly rate, the new craze is a potential money-spinner, attracting puzzle-loving players of both sexes and all ages.

Originally a sports teacher, Sam and her partner Ali came up with the idea after playing online games themselves and seeing the potential in other escape rooms that were beginning to appear. Samrien Hussain launched Tick Tock Unlock in Leeds in May 2014 and within six months it was the No.1 attraction in Yorkshire on TripAdvisor.

Tick Tock Unlock games are based on hardcore brain teasers and puzzles, with a deliberate lack of technology, allowing groups to communicate and work together to escape the room. Sam and Ali will share the secrets of their success with us.

Brendan Walker is a Renaissance Showman – a technology-inspired performance artist described by The Times as "the world's only Thrill Engineer". His multi-faceted Thrill Laboratory performances have provided popular entertainment for audiences from the Science Museum to Alton Towers, featured at Tate Modern and MoMA. Brendan originally trained as a military aeronautical engineer, before researching and teaching in Interaction Design at the Royal College of Art. Brendan now runs Aerial, a design practice specialising in the creation of tailored emotional experience, with clients such as Durex, Nissan, Merlin Entertainment, and Royal Caribbean. He is also Principal Research Fellow at the University of Nottingham, Professor of Creative Industries at Middlesex University; and a regular broadcaster, most recently appearing as a new presenter for BBC Coast.

Brendan will be giving us top tips on how to thrill and sharing the science behind the screams!

and gold sponsors of this session Gateway Ticketing UK.

‘The Simpsons’ Retail Stores to Open in Shanghai, Beijing and Xian City