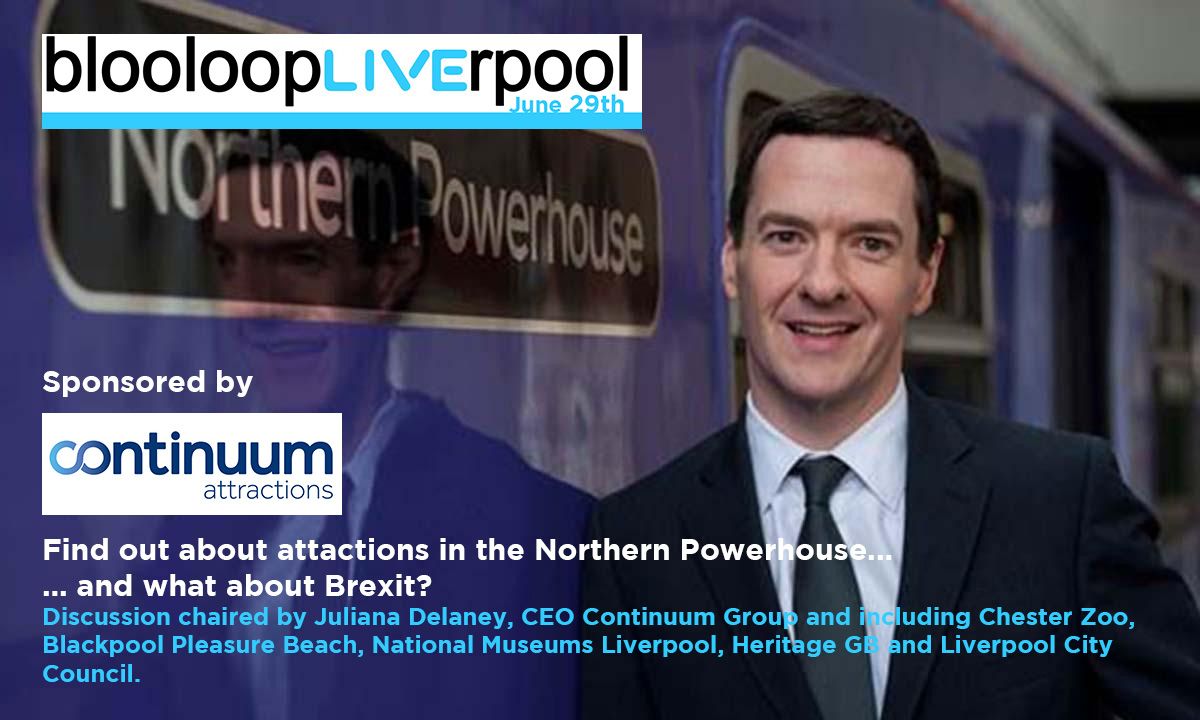 To mark our first blooloopLIVE Up North,  we finish the day with a Northern Powerhouse panel discussion. Leaders of iconic attractions in the region discuss the opportunities, challenges and strategies for success.

Find out what Brexit will mean for attractions in the Northern Powerhouse at blooloopLIVErpool!

Thanks to our sponsor for this session Continuum Attractions.

Juliana has been at the forefront of visitor attraction success stories for the last 30 years, and was a founding member of Continuum Attractions under its first brand – Heritage.

Juliana has been instrumental in bringing all of Continuum’s attractions to fruition; including Portsmouth’s Emirates Spinnaker Tower, The Real Mary King’s Close in Edinburgh, York’s Chocolate Story, Oxford Castle Unlocked, The Canterbury Tales and most recently Coronation Street The Tour. She heads a talented team across the UK – passionate about delivering unforgettable experiences for all their visitors.

Juliana also sits on the board of Marketing Edinburgh and is involved in the Tourism Council in partnership between government and the tourism and hospitality sectors.

After graduating from Leicester University with a degree in politics, Jamie spent his first ten years working in core high street food and department store management with various management roles initially in the North West and then across the rest of the UK.  In 2003, as UK regional airport dynamics changed, Jamie joined Manchester Airport Group, heading up commercial operations at East Midlands, Humberside and Bournemouth Airports.  In 2007, he continued his career as Commercial Director and then latterly Managing Director of Exeter Airport in the South West where he managed the transition from local authority to private sector ownership.  During that period, Jamie managed master planning, site development and helped improve commercial profitability.  More recently Jamie has been responsible for group on-board operations for Stena Line, one of Europe’s leading ferry operators during a period of rapid expansion and change.  Jamie joined the Society in July 2013. He is responsible for business operations at what is the UKs number one zoo. With a turnover of over £35m and nearly 1, 000 staff at peak, Jamie leads the team that makes Chester Zoo one of the most visted attractions in the UK.

Jamie is also director of the sub regional DMO, the Local Enterprise Partnership and is a Trustee of Chester Students Union.

Brought up in Blackpool, Nick first started work at Blackpool Pleasure Beach as a schoolboy.

Having travelled the world experiencing different aspects of the leisure and tourism industry, he returned to his roots in 1993 to take up position as Catering Manager in the family business. In 1994 he was promoted to Group Catering and Retail Director and also became a Board Director. Nick also holds the post of Head of the Sponsorship Committee, which involves negotiating with high profile companies.  In this role he attended the International Attractions and Amusement Parks Association business course at Cornell University, USA.

Nick became Deputy Managing Director in 2004 and has worked with Pleasure Beach Managing Director Amanda Thompson OBE to transform the amusement park. In 2007 they brought in the £8million white-knuckle ride Infusion onto the site of the former Log Flume. The family have continued to invest in the park and in 2011 Nick and Amanda opened the UK’s Nickelodeon Land, a £10.3million investment under licence from one of the world’s biggest children’s entertainment brands.

Allan was born in Manchester and grew up both in its city centre district and in Jersey.  His later teens and twenties were spent firstly in the Her Majesty's Royal Engineers and then in University where Allan trained to be a construction Project Manager.

His professional career commenced in various European projects construction specialising in the high end residential market and the leisure and tourism sectors. This eventually led Allan to become a professional developer in his own right.

In 2002 Allan then switched "codes" from developing for the leisure sector to becoming an owner/operator within the industry by joining Heritage Great Britain in 2002, which owns and operates key sites in the industry and throughout the UK. He was appointed C.E.O. of the group in 2006.

Claire is Director of Culture responsible for Cultural Delivery, City Hall, Cruise Liner Terminal, Tourism and Policy for Liverpool City Council.  She joined the Liverpool Culture Company in 2000 and created and managed the cultural programme for public involvement in the Capital of Culture bid.

Claire was Executive Producer and designed, produced and managed the unique £11 m Creative Communities Programme, Liverpool's 2007 birthday celebrations, the bicentenary of the abolition of slavery and Liverpool's European Capital of Culture year and produced, amongst others, the opening and closing events and received the MBE for services to the Arts in 2009.

She is responsible for major events in the City including Sea Odyssey – Giant Spectacular in April 2012, the celebrated 70th Anniversary of the Battle of the Atlantic in May 2013, Memories of August 1914, and most recently One Magnificent City.

and gold sponsors of this session Continuum Attractions.

blooloopLIVErpool – Keynotes from Europa-Park and Merlin 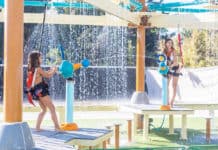 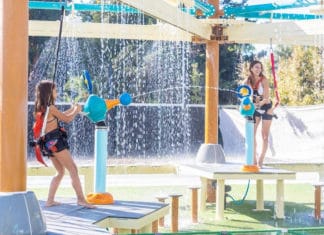 Polin Waterparks, a leader and innovator in waterpark technology, has unveiled its latest innovation, Splash Course, a team-building activity. Polin Waterparks is...