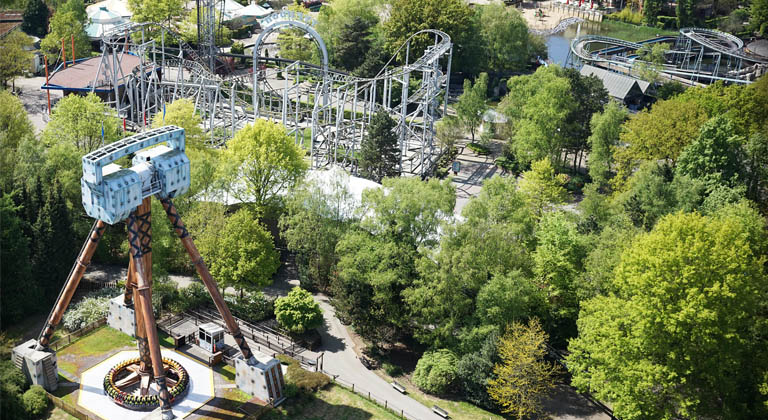 Belgian theme park Bobbejaanland is expanding with a new themed area covering 2 hectares that will include a range of new attractions.

Construction of the new area is expected to be complete in time for a spring 2019 opening. Existing attractions at the park will also be included in the new area including the Typhoon roller coaster and Frisbee Sledge Hammer.

Bobbejaanland has not disclosed the cost of the expansion other than to say it will be the most expensive investment in its history.

The park was founded by Flemish guitarist and singer Bobbejaan Schoepen in 1960. It was a musical theatre on 30 hectares of drained marshland near Lichtaart.  Since then it has evolved into a forward-looking theme park with around 50 rides and attractions.

In 2016, the park opened its repurposed Vekoma Revolution coaster as Mount Mara, a VR-enhanced experience themed on a volcanic eruption. Prior to that, it opened an immersive tunnel ride called The Forbidden Caves, which takes visitors on a thrilling journey into mysterious caves, where danger – and supernatural creatures – lurk in every corner.

Disneyland Paris to get Marvel, Frozen and Star Wars areas in €2bn expansion