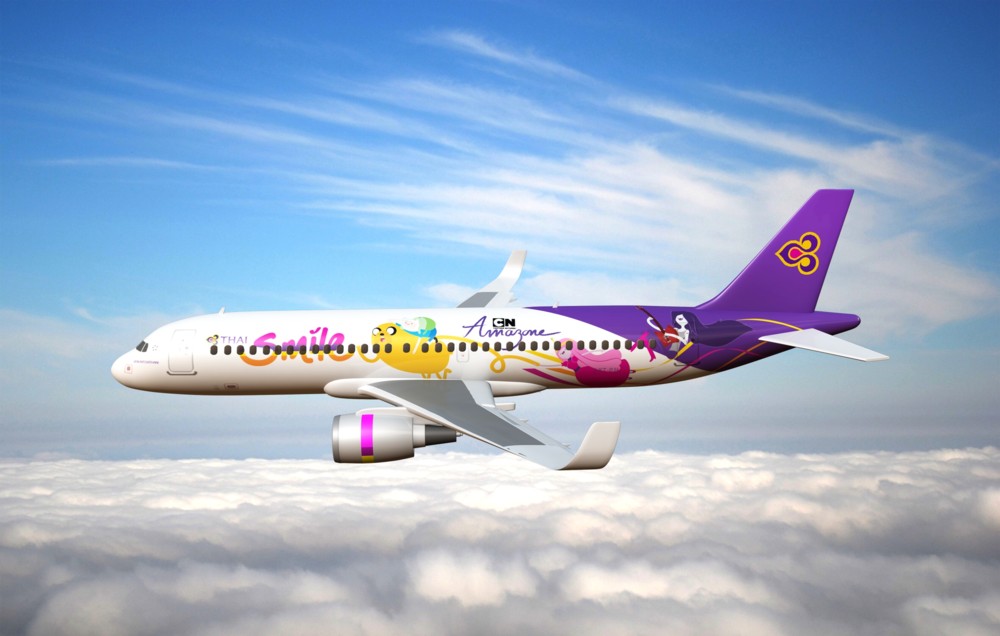 THAI Smile Airways is to brand some of its planes with Cartoon Network characters to promote the Cartoon Network Amazone waterpark.  Passengers will be joined by some of their favourite Adventure Time characeters.

Liakat Sultan Dhanji, CEO of Amazon Falls Co. Ltd., the owner and operator of Cartoon Network Amazone, said, “This partnership comes at the right time as both we and THAI Smile share the same goal of attracting international tourists to Thailand. We hope that the opening of the Cartoon Network Amazone waterpark, combined with the branded livery on the THAI Smile Airways’ fleet will appeal to family members traveling to the kingdom.”

As well as taking to the skies, Cartoon Network characters have also appeared on the “Cartoon Express”.  Cartoon Network signed a 14 month licensing which completed in September 2014 with the Taiwan High Speed Rail Corporation to wrap a train in a Cartoon Network branded design and offer branded merchandise to passengers.