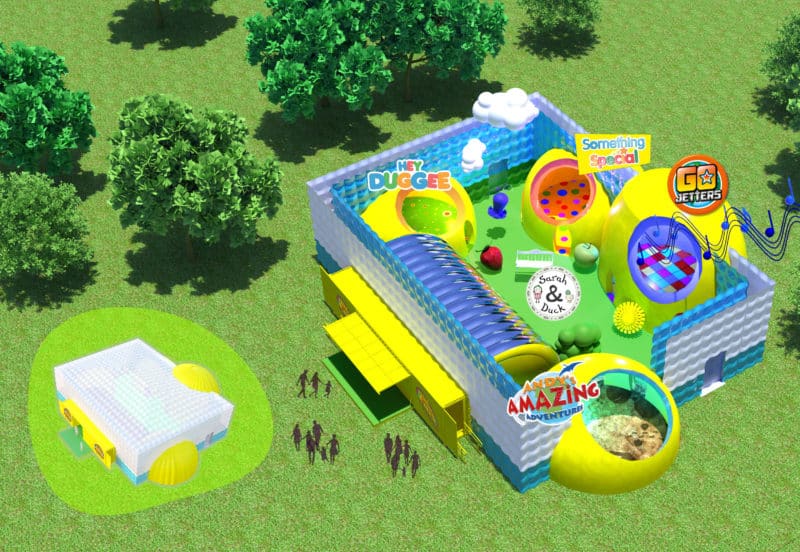 The attraction, produced by Step Inside Productions under license by BBC Studios, debuts in April and will tour various locations across the UK.

CBeebies Rainbow Adventure is a colourful experience featuring shape and sound, where children can sing, dance, discover and play.

Visitors are taken on a 50-minute journey through a bespoke CBeebies garden and five themed, interactive rooms within an inflatable structure.

Today is the day! Be one of the first to buy tickets to the CBeebies Rainbow Adventure. It's an interactive experience based on some of your child's favourite shows, using music, colour and play. @cbeebiesHQ More info and tickets: https://t.co/e4tw7TqRS1 pic.twitter.com/8yoqiKGbAt

“Step Inside Productions is delighted to be partnering with BBC Studios to create CBeebies Rainbow Adventure and we look forward to bringing the channel and its programming to life in a new and compelling way and taking it to young fans across the UK.”

CBeebies Rainbow Adventure kicks off at Ealing Common in London on April 9, 2020. It will then head to the below locations, before further UK dates are announced.

“We are thrilled to be working with Step Inside Productions on the first ever CBeebies interactive pop-up experience,” said Mat Way, global director of live entertainment at BBC Studios.

“CBeebies Rainbow Adventure is an innovative, inspiring and fun way of bringing CBeebies branded activities to the UK regions.”