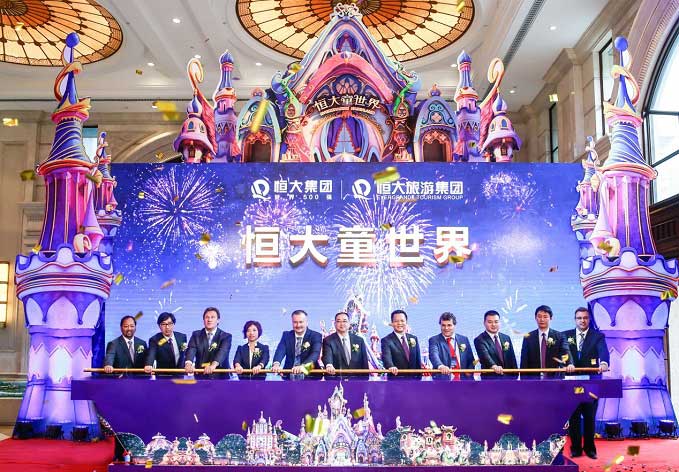 The report states that Evergrande is now the world’s most valuable real estate brand. Its brand value has more than doubled over the last year to US$16.2 billion. Evergrande has also become the fastest-growing brand in the Brand Finance Real Estate 25 ranking at 118%.

Evergrande Group is China’s second largest property development group by sales. It is based in southern China’s Guangdong Province.  The company states that tourism is now their key investment field.  Evergrande has invested in 15 ‘Children’s World’ theme park projects, scheduled to open to the public in the next two to five years.

The brand value of Dalian Wanda Commercial Properties fell 8% down to US$7.8 billion. The company lost its number one ranking, dropping to third. This reflects the company’s move away from property development towards a focus on alternative business opportunities.

Wanda Group is based in Beijing.  It was founded in 1988 and is the world’s largest private property developer. The company is planning integrated resorts in key cities such as Wuxi and Kunming. Last year, the company underwent a strategic reshuffle of its assets.

David Haigh, CEO of Brand Finance, said: “The global property market has endured cycles of boom and bust, and the Chinese property market is unlikely to be substantially different in the future. Evergrande is posed to ride the surge, but Dalian Wanda’s move away from traditional property development represents an effort to build the value of their brand outside the cyclical nature of this industry.”

Outside of China, the most valuable real estate brand is the UAE’s Emaar Properties – which is up 39% to US$2.7 billion. The company gained value for its role in developing the Dubai Mall, the world’s largest shopping mall, and the Burj Khalifa, the world’s tallest building.