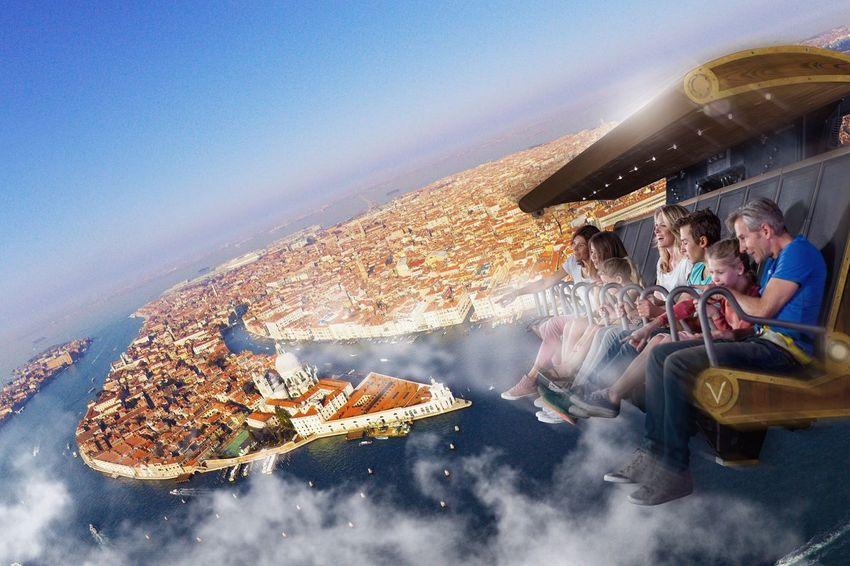 The attraction, which features two i-Ride motion bases by Brogent, comes complete with a pair of dome-shaped screens measuring over 418 square metres (4,500 sq ft). Thirty-five riders in each theatre enjoy the experience in chairlift-style gondolas as they fly over filmed and CGI-enhanced footage of 15 European landmarks and landscapes. Additional effects including wind, water and fragrances intensify the feeling of flight. 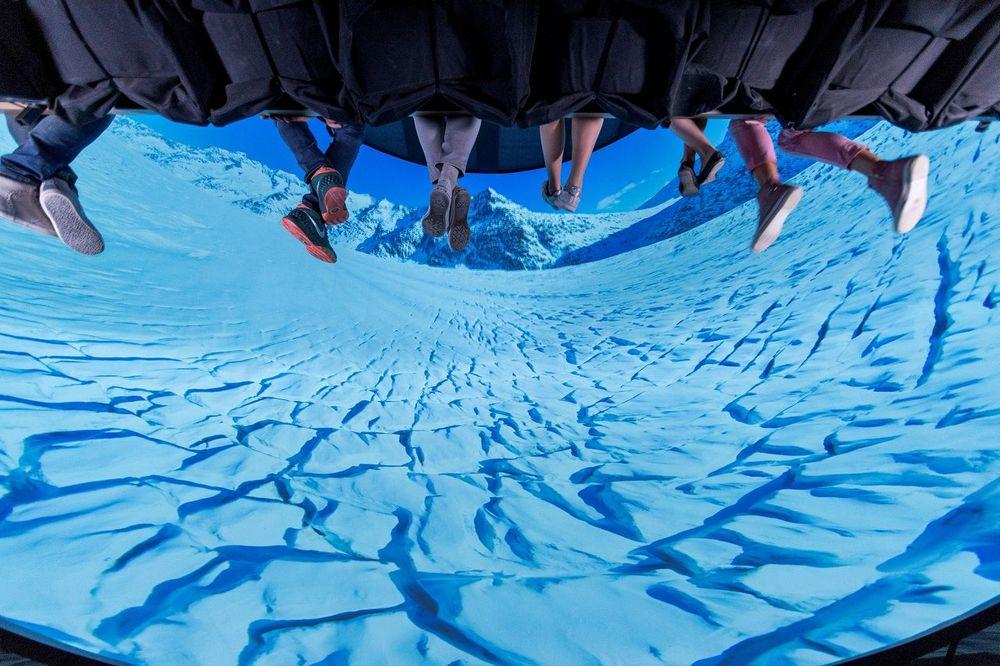 There are three 4K resolution 120 Hz Christie Mirage 4K35 projectors per screen. Thomas Gellermann, head of research and development at Kraftwerk Living Technologies (KLT), explains why this approach was made rather than a single-projector solution, as used in some other flying theatre attractions.

“We offered a multi-channel projection solution because it allows a higher light output, as well as higher resolution,” says Gellermann. In addition to this, you end up with a much more immersive experience than if you have just the one projector in the centre. Visitors to the Voletarium sit right in the middle of events, inside the screen so to speak – not outside it or in front of it. This gives them a feeling of flying similar to in a simulator, as their entire field of vision of around 180/120 degrees is covered.”

Aldric Muller, Europa-Park’s project manager for AV media, seems satisfied with the choice of projection equipment. “We have been using two Christie projectors for quite some time now in our 4D cinema,” he says. “So we were familiar with their high-quality, bright 3D picture reproduction and reliability.”