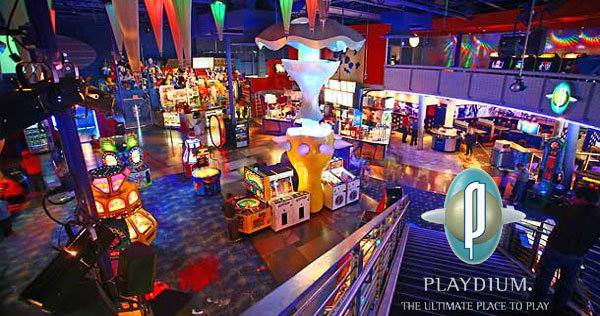 Cineplex is moving further into the entertainment centre space with the opening of a new Playdium location in Brampton, Ontario.

The Cineplex Odeon Orion Gate Cinemas is to be converted into a 4,180sqm entertainment complex specifically designed for teens with a range of games and entertainment experiences including virtual reality, bowling, ropes courses and laser tag.

Film fans will still be catered to as well as Playdium will retain one of the existing auditoriums from the cinema in the new space.

“We announced the reinvented Playdium concept and our first location in Whitby last October and we couldn’t be more excited today to share the news about our Brampton location,” said Ellis Jacob, president and CEO of Cineplex.

“A destination designed primarily for teens, Playdium will be a place where young adults and families can play together and also enjoy and share a freshly made meal that is fun to eat.”

Approximately two-thirds of the complex will be dedicated to games and attractions for all skill levels and the other third will offer a range of food and beverage options. It will also have private rooms for birthday parties and special gatherings, as well as lounges for parents with views of the games floor.

Construction on the complex is expected to begin in September with a targeted opening in mid-2019.

Cineplex currently owns and operates the original Playdium facility in Mississauga, Ontario as well as a new location in Whitby. The company plans to open 10-15 Playdium locations in mid-sized communities across Canada over the coming years.

Alongside the new Playdium centres, Cineplex is also expanding its The Rec Room brand to 10-15 new locations across the country. There are already five sites of the entertainment centre that targets 22-37 year olds, with a sixth currently under construction in Winnipeg.