R.U.N will premiere at Luxor in Las Vegas later this year, taking audiences into a sensory experience where special effects collide with human performance.

Guests will be taken through the cinematic story of two clans in a series of chases, combat and stunts, set in the fictional underground world of Las Vegas.

“With R.U.N, we will reinvent the concept of a thriller, drawing inspiration from action movies and graphic novels,” he added.

“This action-packed live performance, happening in front of and around the audience, will offer a new form of entertainment to a more diversified Las Vegas guest. We are really excited to bring this unique and edgy concept to Luxor.” 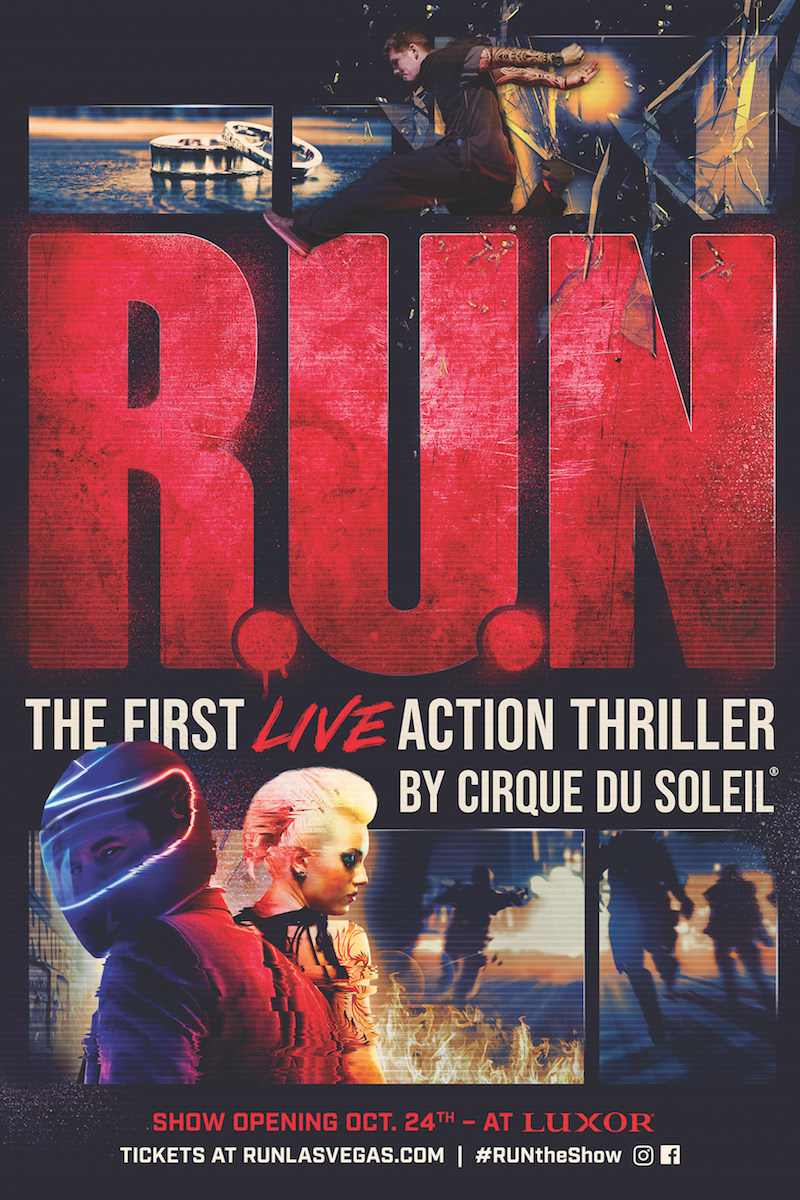 Cliff Atkinson, Luxor’s President and COO, said: “This fall, the launch of R.U.N at Luxor, a show that represents a complete departure from anything Cirque du Soleil has created before, will mark a new and exciting phase of this very successful partnership.”

Earlier this year, Cirque du Soleil announced the acquisition of The Works Entertainment, the production company known for The Illusionists franchise and other variety shows.

R.U.N will begin performances on October 24, 2019 at the R.U.N Theater at Luxor Hotel and Casino. Tickets can be purchased at runlasvegas.com.