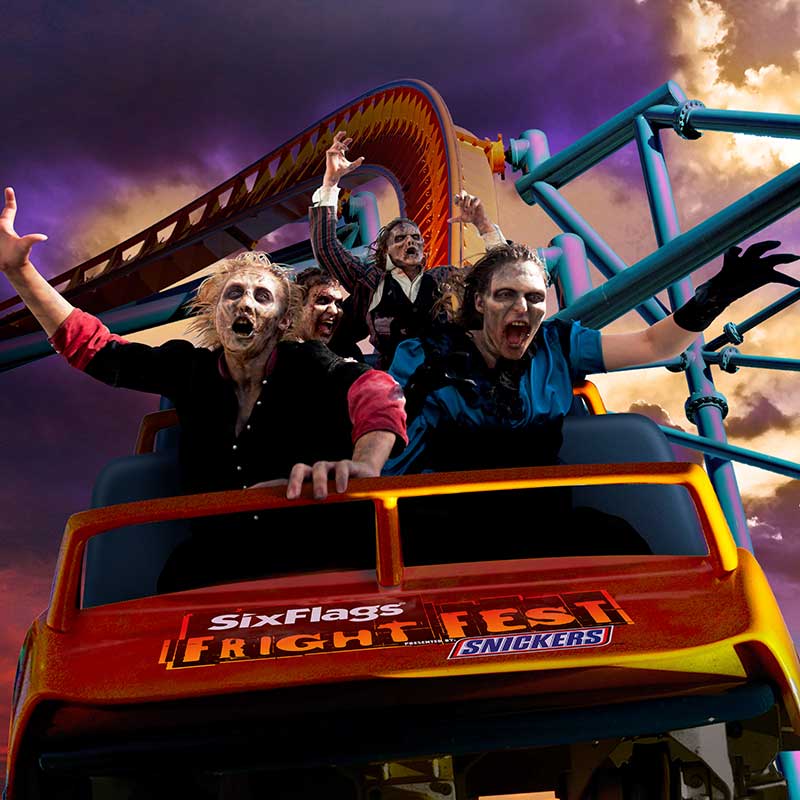 Six Flags Entertainment Company will roll out its 30-Hour Coffin Challenge to all its parks after an overwhelming response to the challenge in Missouri.

Participants will be challenged to spend 30 consecutive hours in a coffin, leaving only for designated bathroom breaks. Anyone who last the full 30 hours will receive $300, 2019 Gold Season Passes, and Express Haunted House Passes.

The participants are allowed to bring a friend along during Fright Fest operating hours. However they will spend the nights alone – apart from Fright Fest Freaks who will be lurking about in the darkness. Leaving the coffin will result in a loss of the competition.

“The most talked about event in the industry”

Chief Marketing Officer, Brett Petit, said: “No one does Halloween like Six Flags and this year is the biggest and scariest ever. We have added more zombies, more ghouls and more haunted mazes to make this the most talked about Halloween event in the industry. And this year, the 30-Hour Coffin Challenge has taken the country by storm…everybody wants in.”

Participants must be 18 years or older and have a photo ID for verification. They must also complete and sign a waiver and be able to completely lay in a 2’ x 7’ coffin.