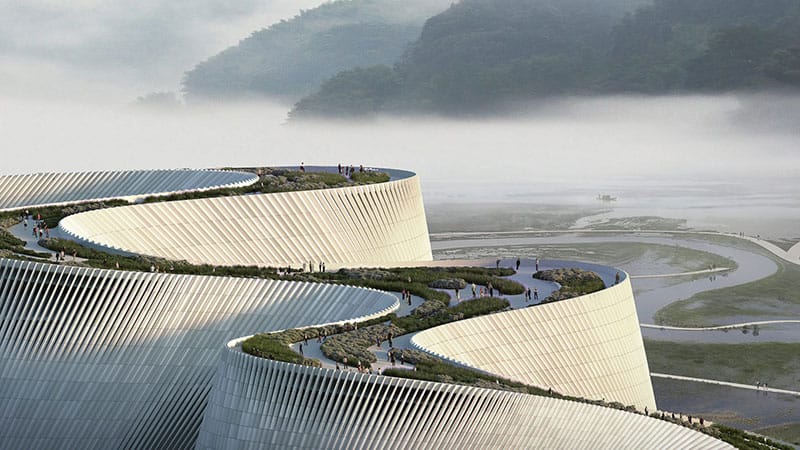 A design consortium of B+H, 3XN and Zhubo Design has won an international competition to design the new Shenzhen Natural History Museum in Southern China.

Architects across the globe competed to design the natural history museum, destined to become one of Shenzhen’s Ten Cultural Facilities of the New Era. The brief was to create a world-class 42,000 square metre museum, exploring natural evolution and showcasing the geography and ecology of Shenzhen and Southern China. It will be the first major-scale museum to focus on the area’s natural history.

The winning team took inspiration from the natural beauty of site in the Pingshan District, which sits alongside the meandering curves of the Yanzi lake. The undulating design, called ‘Delta’, echoes the winding path of a mature river and features a striking rooftop park with viewpoints from which visitors can look out over the lake and its surrounding park and hills.

B+H explain that the design will extend the existing public park network and will increase visitors’ access and enjoyment of the surrounding nature. The company promises “a range of activities dedicated to keeping the site open and active throughout the day – from early morning jogs to late evening strolls.” 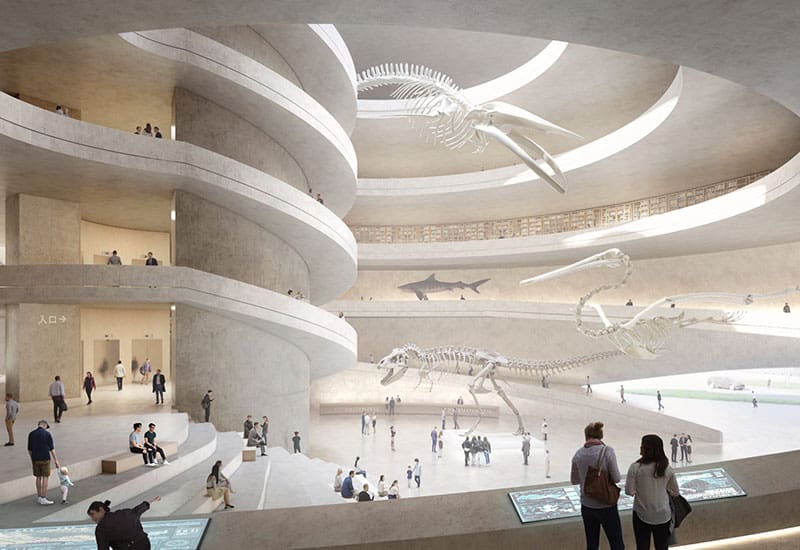 Visitors discover the interior of the building through a cave-like passageway which opens out into the main atrium. A monumental spiral walkway winds through the cavernous space, with dinosaur skeletons stalking the floor and suspended in the air. From here visitors can explore the many galleries, cafes and public spaces.

“The plan makes full utilisation of the landscape on the site,” says Weiping Shao, one of the judges for the competition. “Through a dynamic architectural form, it creates a beautiful, natural, and dynamic nature museum concept.”

B+H majors in sustainable industrial development and urban lifestyle projects. It is a member of the Surbana Jurong Group, one of Asian’s largest urban and infrastructure consultants, and has offices across Asia, North America, and the Middle East. 3XN was founded in Denmark but works globally, with offices in Copenhagen, Stockholm, New York and Sydney. Zhubo Design is based in Shenzhen and has been actively involved in the city’s large-scale development.

The museum one of many new museums being built in the city. In 2018 Shenzhen announced plans to build 10 new landmark cultural facilities – including five museums – over three years, as well creating 10 culture-themed neighborhoods. The 10 institutions  included: