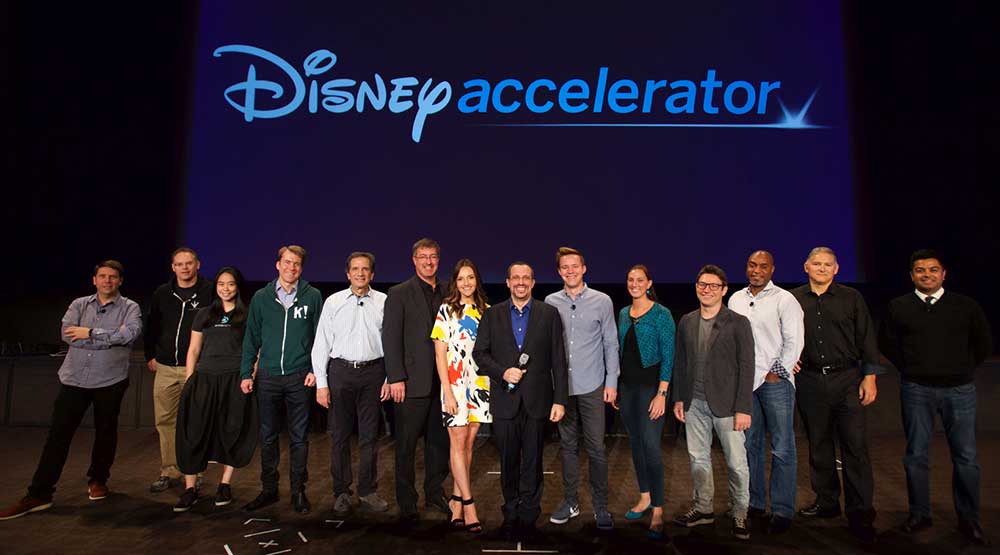 The 2017 Disney Accelerator program’s recent Demo Day showcased the eleven companies included in the scheme, and provided an insight into where Disney sees the future of theme park technology.

The Disney Accelerator program was launched in 2014, and provides young technology companies with access to Disney’s creative expertise and resources, as well as mentorship from the leadership team.

Previous alumni of the program have continued to collaborate with Disney.  Included in the class of 2017 is the Void which is to launch the Star Wars: Secrets of the Empire ground-breaking hyper-reality experience Disneyland Resort and Walt Disney World.

The Disney Accelerator 2017 companies include:

aXiomatic is an esports and gaming company that holds a majority stake in Team Liquid, a top esports team in the U.S. and Europe, and a stake in Super League Gaming.

Brit + Co is a digital media company with a total monthly audience of over 130 million that targets a female audience through content, online classes and merchandising.

Epic Games, creators of the Unreal Engine game engine, are working with Disney to create entertainment experiences across multiple platforms.

Hoodline are developers of a local news and content discovery platform, Atlas, which uses machine learning to create and distribute geo-tagged, personalised content from hundreds of media partners into websites and mobile apps.

Kahoot! is a game-based learning platform with more than 50 million monthly active users in 180 countries. The company is focused on engaging K-12 kids with STEAM subjects.

MessageYes have created a mobile messaging e-commerce platform that lets customers simply reply “YES” to a personalized text or message to buy products on their phones.

Savioke is a robotics company that develops autonomous indoor delivery robots to assist workers, for example in logistics facilities and apartment buildings. Savioke is starting a pilot with Relay in a hotel at Walt Disney World Resort and is looking at ways to work with Walt Disney Imagineering.

The VOID’s  ground-breaking mix of interactive sets, virtual reality, real-time effects, and state-of-the-art technology has already been seen with the Ghostbusters VR experience.   Tickets are now on sale for the eagerly anticipated Star Wars™: Secrets of the Empire hyper-reality experience which will debut at Disney Springs at Walt Disney World Resort in Orlando on December 16 and Downtown Disney at Disneyland Resort in Anaheim on January 5.