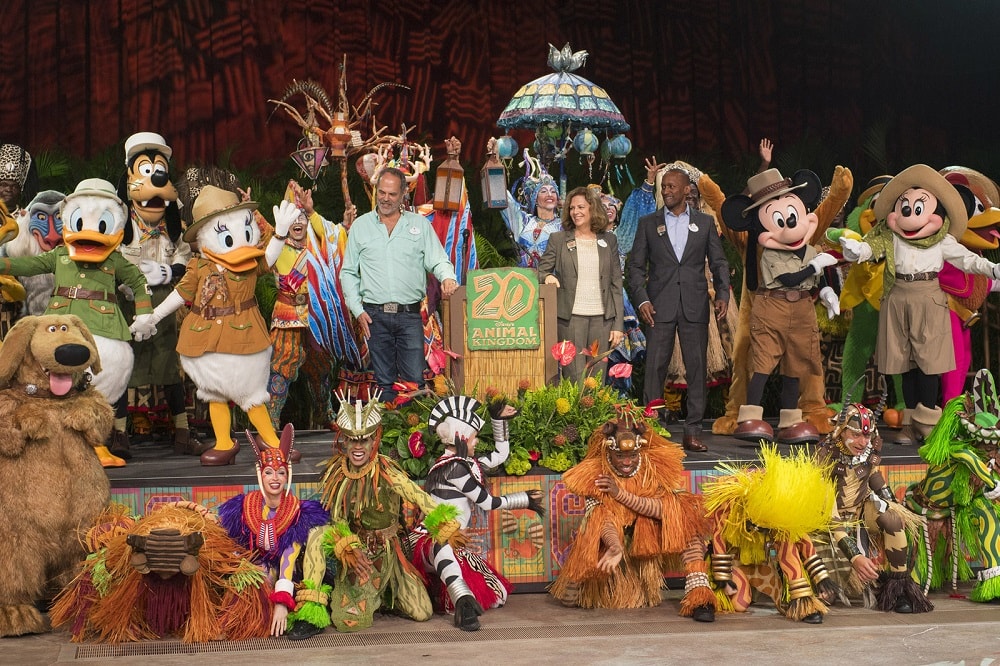 “We created this park out of a set of ideals that we believed were relevant and meaningful,” he said. “As the years have passed, those ideals have only become more relevant and more meaningful. Our lives are bound to the lives of all creatures.”

Animal Kingdom had its grand opening on 22 April 1998. The 230-hectare park is themed around the natural environment and conservation with more than 2,000 animals living there. It received 10.8 million human visitors in 2016.

Djuan Rivers, vice-president of Animal Kingdom, noted how it has grown over the last two decades.

“Since 1998, we have been extremely conscious that what we have here is a new species of theme park,” he said. “And while it has undergone an amazing transformation in the past few years, it will always be dedicated to helping our guests create a personal connection with the natural world.”

In May last year, Pandora – The World of Avatar debuted at the park. The new themed Avatar area is set a generation after the human-Na’vi conflict in the Oscar-winning 3D film from James Cameron.

Just this month, Disney introduced the Pandora Utility Suit, a mech suit from the Avatar film universe, to the area. A performer pilots the suit around the park, portraying a scientist explaining conservation and the flora and fauna of Pandora to guests.

Accreditation from Association of Zoos and Aquariums.

Festival of the Lion King debuts in its new home, the Harambe Theatre.

Pandora – the World of Avatar opens.