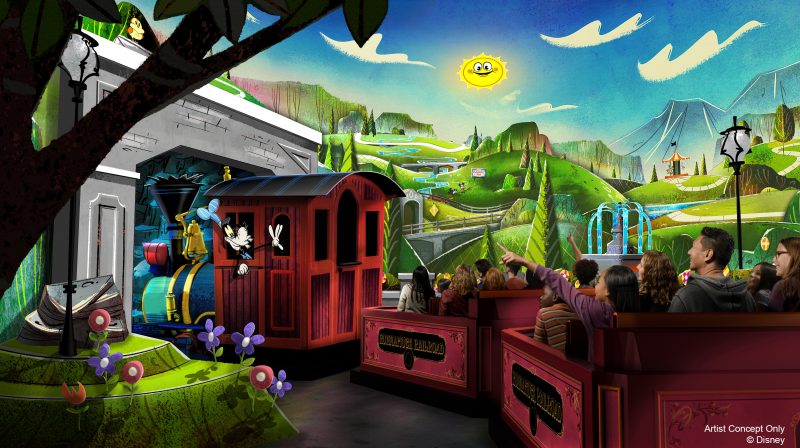 Mickey & Minnie’s Runaway Railway will be the first Disney ride-through attraction featuring Mickey and Minnie Mouse, with guests feeling like they’re inside a cartoon. 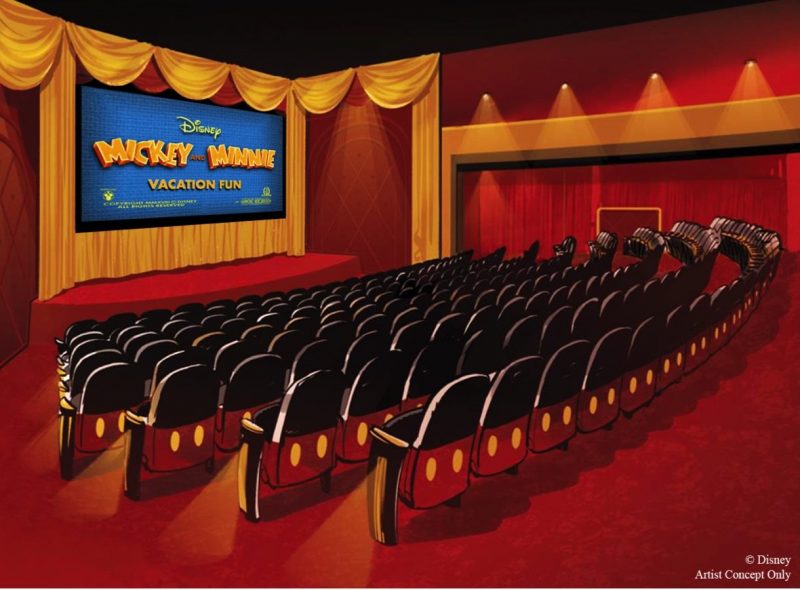 Mickey Shorts Theater is opening in March 2020. Disney has also released a new rendering showing the interior of the theatre, complete with Mickey Mouse-themed seats.

The theater will play an original short film in the style of the Disney Channel animated series ‘Mickey Mouse’. 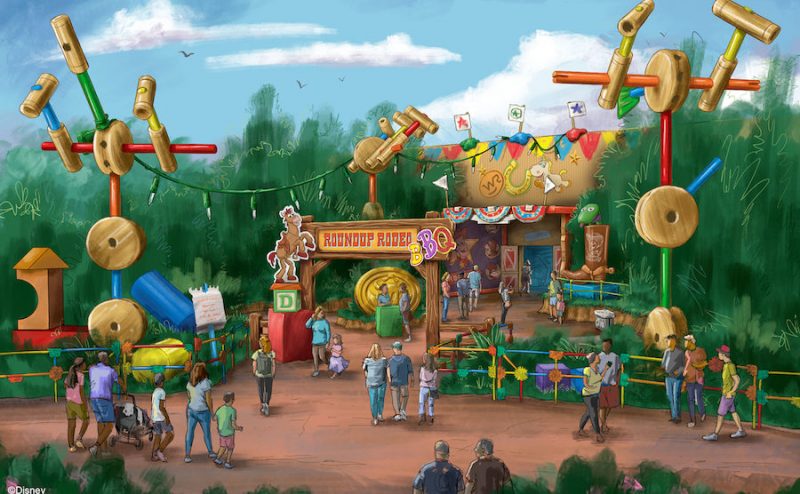 Another new concept image can be seen above, depicting an immersive, family-friendly restaurant made out of Andy’s toys.

In addition, Disney released new concept images of the immersive two-night hotel experience, with one offering a first look at what visitors will see when they arrive for their holiday – the Galactic Starcruiser Terminal.