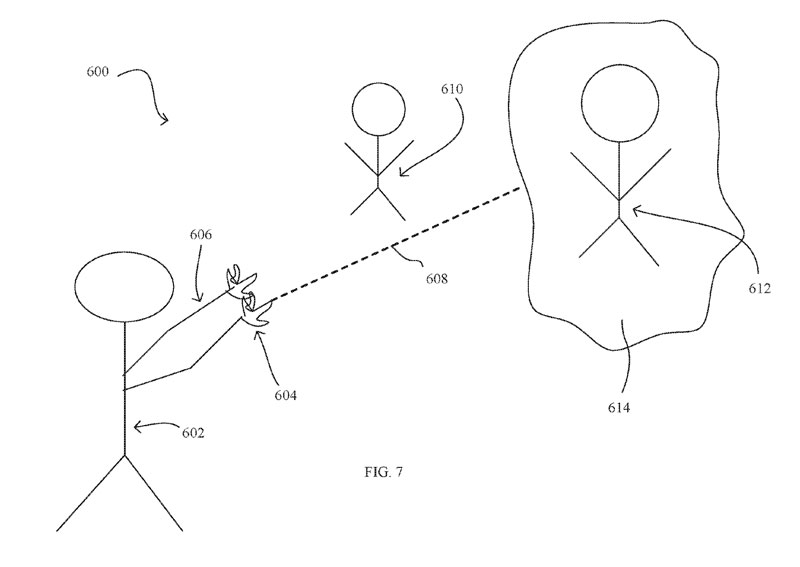 A new patent filed by Disney Enterprises shows how they could combine merchandise with interactive attractions to allow users to perform superpowers.

The patent, titled “Location-Based Experience with Interactive Merchandise”, describes a system that would allow those in possession of a specific item of Disney merchandise to use it to interact with a location-based game.

The patent abstract states: “A system for providing an interactive experience for multiple game-players. The experience is provided in a light-controlled setting where the game-players may wear or hold one or more of various toys (eg, gloves). The system detects and recognises the toy along with gestures and pointing efforts performed by the game-player and the system generates an effect based on the type of toy and the type of gesture.

“The system also generates one or more visual targets that are visible to the game-player such as projections, holograms, and displays of one or more of various fantasy virtual adversaries. The generated effects may include any combination of sensory effects including visual, audio, tactile, and smell/taste. The generated effect may be directed based on the pointing efforts of the game-player. The system may then register the effect on the target, if the pointing efforts intersect with the virtual location of the target.” 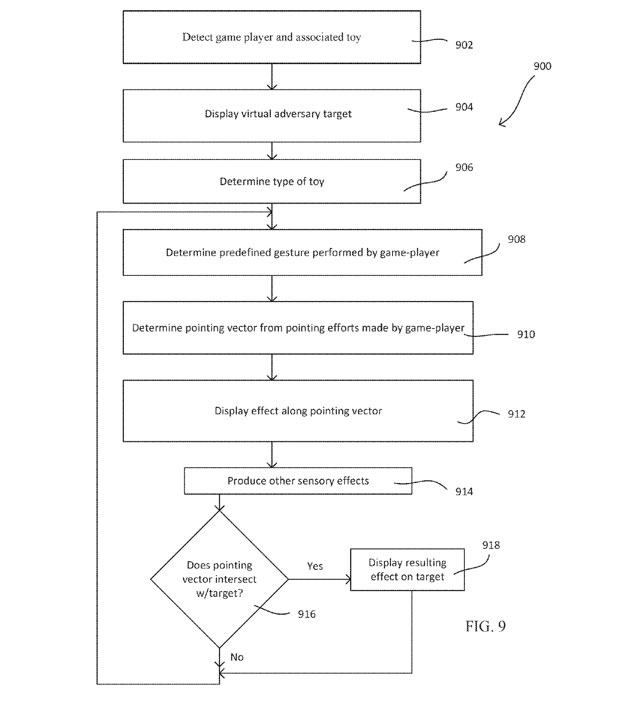 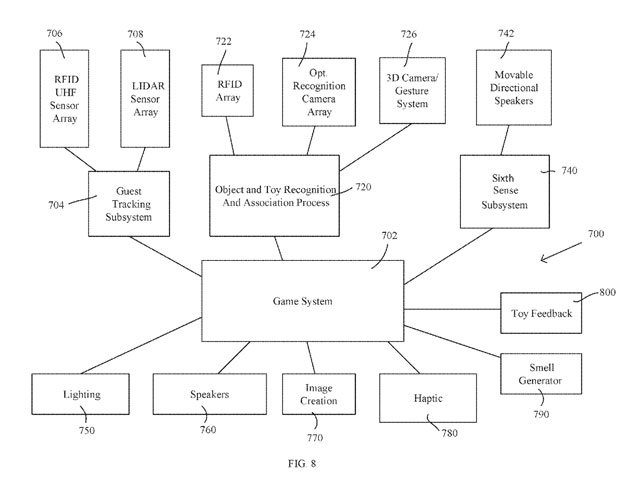 Some of the key points to note include that the system may recognise the toys used and the gestures made by the player so that it can determine the correct effect to generate based on the type of toy and gesture. This capability would also make it possible for Disney to limit participation to official merchandise holders.

The patent also states that the system could recognise the player so that “historical data can be maintained on each game-player and the effect generated by that game-player can be enhanced based on the historical data”.

The abstract uses gloves in the example, however later in the patent it adds headwear, clothing, mobile devices and carriable items as potential interactive merchandise. Sensory effects are not confined to the visual, with audio, tactile, smell and taste all specified in the patent.

One potential example of how the patent could be put into practice could be with the Star Wars intellectual property. A user who has purchased official Disney Darth Vader gloves could take them to a location where the attraction is based and perform gestures that result in projections of jedi reacting to force powers.