As a historic partner of Disneyland Paris, Orange is celebrating its 25th anniversary.

Visitors are invited to the Opera shop, situated near the Grands Boulevards, opposite the Opéra Garnier, for an interactive visit that combines new technologies and storytelling.

Until 4 November, visitors are treated to a multimedia extravaganza. At the beginning of the route, Tinkerbell greets visitors and invites them to “follow the star” along a wall of LED screens at the front of the shop.

Once inside, a Radio-frequency identification (RFID) pass lets visitors view the animations which are personalised and interactive. Experiences to take part in include the Disney Stars on Parade, seeing the very top of the chariot in the Snow Queen, via VR technology. 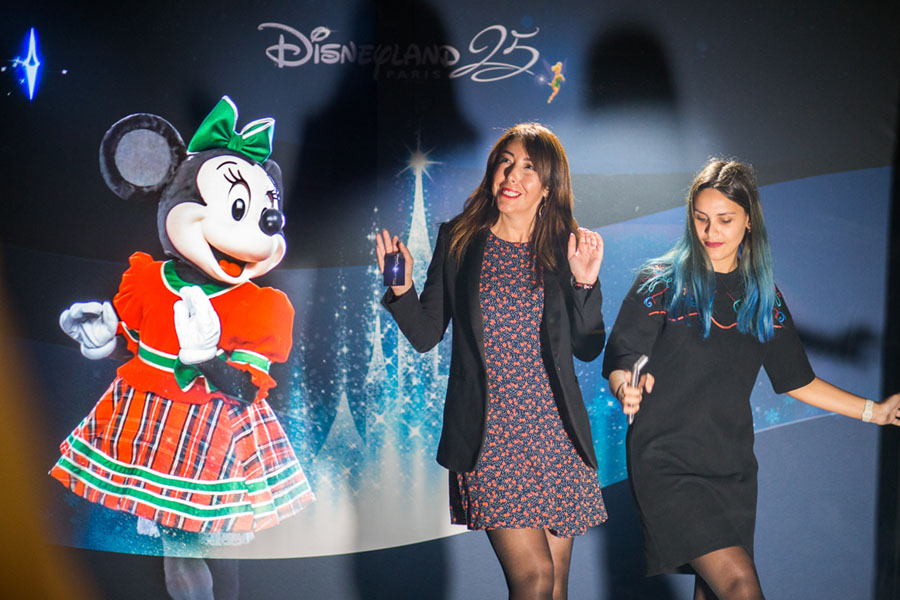 Old favourites include dancing with Mickey Mouse, Minnie and their pals in a holographic experience.

Through gestural recognition, visitors can also become conductors of a fireworks show over the Sleeping Beauty Castle.

After each animation, presenting the badge in front of the RFID terminal, lets participants know immediately if they have won a gift, These include pens, Disney keychains, Orange chargers and hands spinner.

The Star Pass also allow holders to test the lucky star to win a range of gifts, including a stay at Disneyland Paris.

The two companies have worked together on previous projects. Orange subscribers were given access to content dedicated to Disneyland Paris on Orange TV.

On the portal,  the TV channel broadcast previously unpublished videos on the attractions of Disneyland Paris. Other highlights included competitions to family holidays and passes to the theme park.

For the spooky season, Disneyland Park has two special experiences: Halloween with the return of the Disney Villains, and “Goofy’s Skeletoon Street Party”.

Since opening its gates in 1992, more than 275 million visitors have stayed at Disneyland Paris.