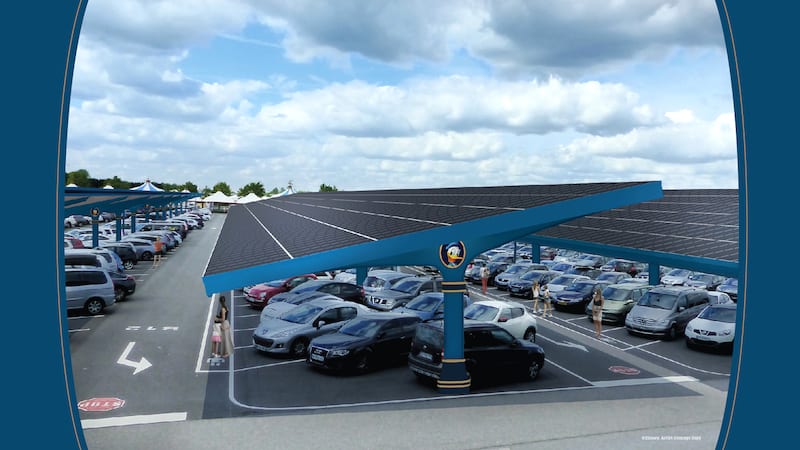 Disneyland Paris has revealed that it is building one of the largest solar canopy energy projects in Europe, marking World Energy Day on October 22.

The solar plant will be developed in collaboration with Urbasolar and will contribute to the reduction of greenhouse gas emissions by more than 750 tonnes of CO2 per year.

It will technically result in enough renewable clean energy to power 17 percent of the resort, which is equivalent to the annual energy consumption of a small city. 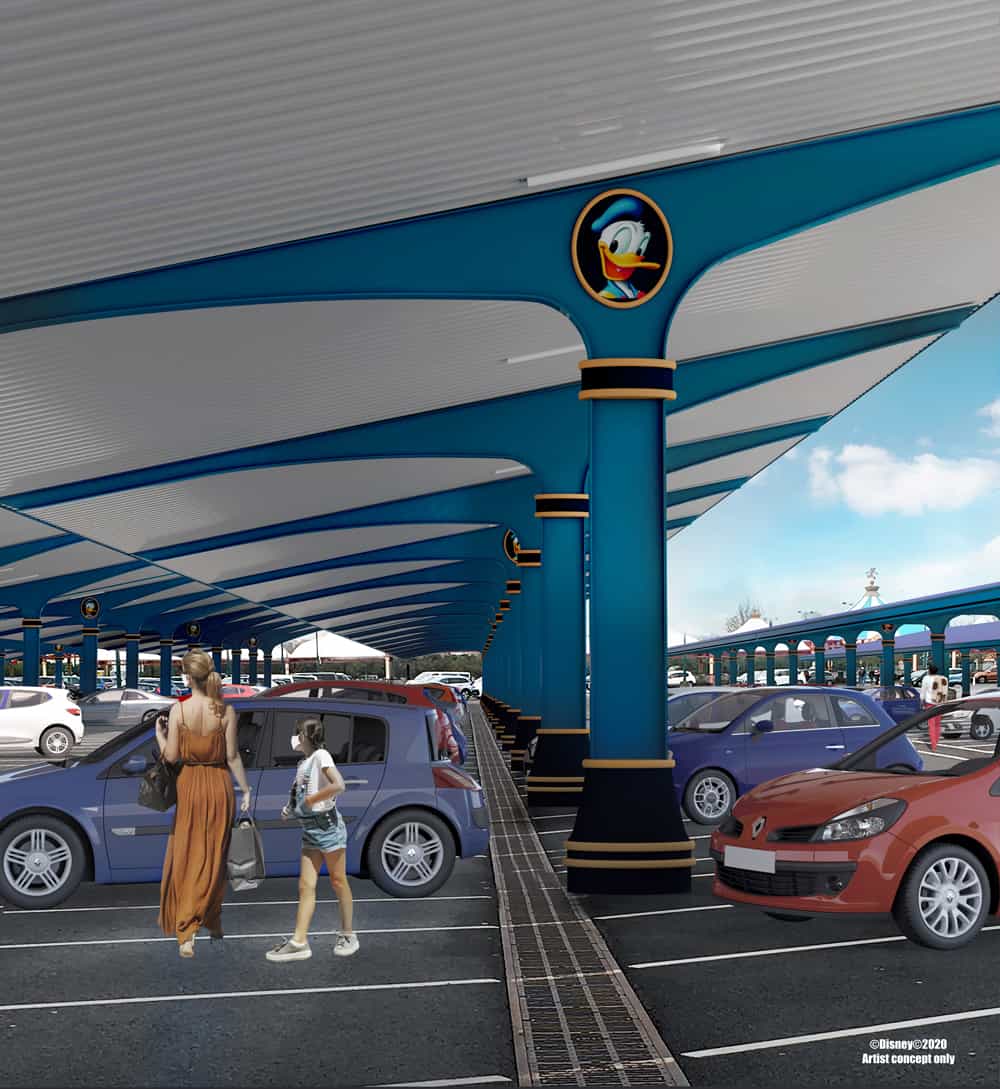 The project is part of Disneyland Paris’ efforts to reduce its carbon footprint, and part of Disney’s global effort to attain net zero greenhouse gas emissions and zero waste.

Disneyland Paris’ solar plant began construction in July and is slated for completion in 2023. The first milestone for the first phase is scheduled for spring 2021.

The solar plant will encompass 17 hectares (42 acres) of solar canopies, using 67,500 solar panels for a production of 31 gigawatt-hours per year.

It will also shade guests from sunlight, rain and snow. One section of the plant will illuminate at night in the shape of a Mickey Mouse head, visible from the sky.

In addition, Disneyland Paris’ theme parks and the Disneyland Hotel are already fed by geothermal energy through an innovative plant at Villages Nature Paris.

As concern over the effects of climate change increases around the world, attractions are developing green agendas, whether they are reducing plastic, going solar, or offering vegan options.

Uswitch recently revealed that Disney’s Magic Kingdom is the world’s most eco-friendly tourist attraction, as it has made the biggest conscious effort to decrease its impact on the environment.