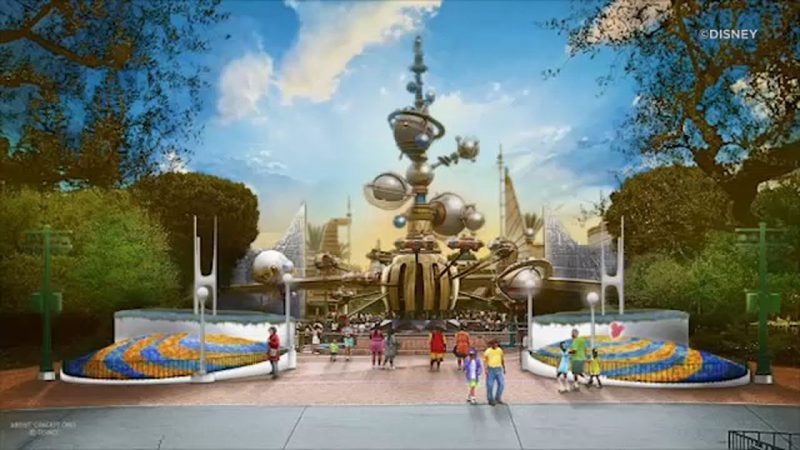 Disneyland Resort has unveiled the new entrance for Tomorrowland at Disneyland Park in a concept image. The revamped area will be completed in 2020, with the iconic Astro Orbitor surrounded by planters.

According to the Disney Parks Blog, Disney Imagineers wanted to open up the space and improve access to Tomorrowland, while maintaining its beloved look.

The new entrance replaces the ‘french fry’ rocks that were installed in the late 1990s, but Tomorrowland’s Astro Orbitor remains in the concept art. 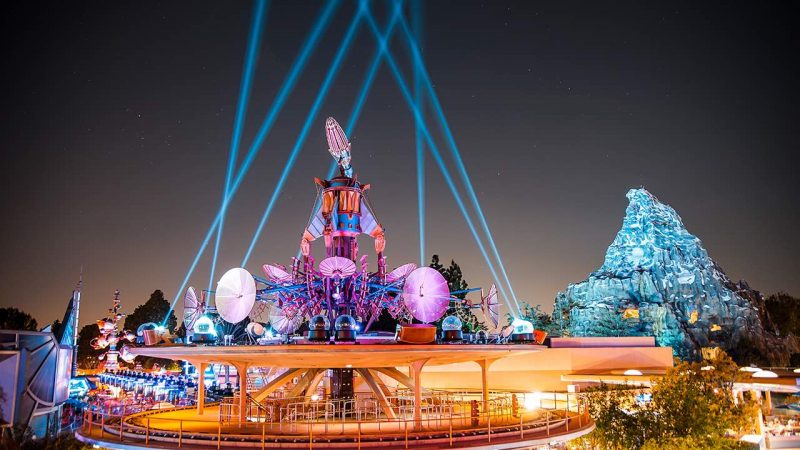 The refurbishment of Tomorrowland is part of Project Stardust, which involves various enhancements to Disneyland Resort, most notably at Disneyland Park.

The enhancements include refurbishing the theme park and maxi­mising guest flow.

“Tomorrowland has always represented a feeling of optimism,” said Disney Imagineer Kim Irvine. “[Imagineer] John Hench originally designed the land with this notion of being wide open to innovative ideas and technology.

“When we started looking at the different Tomorrowland entrances through the years, both the 1955 and 1967 versions had a very optimistic appeal which resonated with us,” added Irvine.

Tomorrowland debuted in 1967, with Walt Disney and the Imagineers creating a land with futuristic vehicles and Googie architecture – a type of futurist architecture influenced by the Space Age.

Snow White’s Scary Adventures, a dark ride from opening day in 1955, will get new show sets, props and scenes.