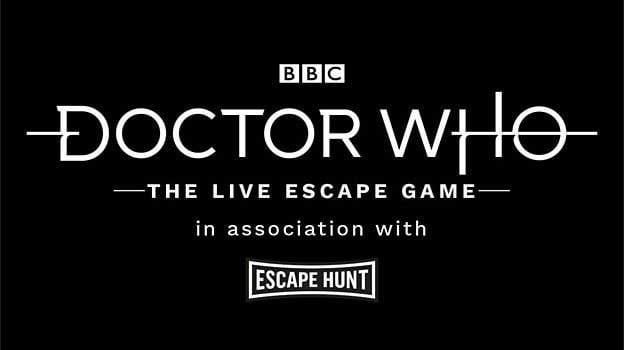 The first location at the Bristol Escape Hunt venue will open in December 2018. From early 2019, further escape rooms will open in Birmingham, Leeds, Oxford and Reading.

Commenting on the announcement, Mat Way, Global Director of Live Entertainment at BBC Studios, says, “It has been a long-term ambition of the team to be able to bring about Doctor Who-themed escape rooms. Our main role here at BBC Studios is to continually extend the fans’ enjoyment of our brands, and so to be announcing six new live entertainment games across the country to fans is something really exciting.”

Richard Harpham CEO Escape Hunt PLC, adds, “Following the success of our original Escape Hunt games, we are thrilled to be partnering with BBC Studios to create Doctor Who – The Live Escape Game. Going on an Escape Hunt is all about stepping into and experiencing new worlds so strength in the science fiction genre is absolutely key to our content strategy. Doctor Who represents the very best in British action adventure and has a loyal and dedicated fan base that spans all generations. We look forward to bringing the show to life for all of them in its first ever live escape game experience at Escape Hunt venues across the UK.”

Since opening its first location in Bangkok in 2013, The Escape Hunt group has grown to be a global provider of live escape room experiences. Escape Hunt will use the Doctor Who brand under license from BBC Studios.

Escape rooms linked with IPs are becoming something of a trend with Tomb Raider, Jumanji, Pokémon and even Rubik’s getting in on the act.

Further Doctor Who experiences including LRHC

Further Doctor Who experiences are planned by the Live Events team at BBC Studios.

There will be a big reveal of the Thirteenth Doctor wax figure in Madame Tussauds Blackpool in October.

The team are also continuing work with London Resort Company Holdings (LRCH) on Doctor Who IP for the theme park slated to open in 2023.