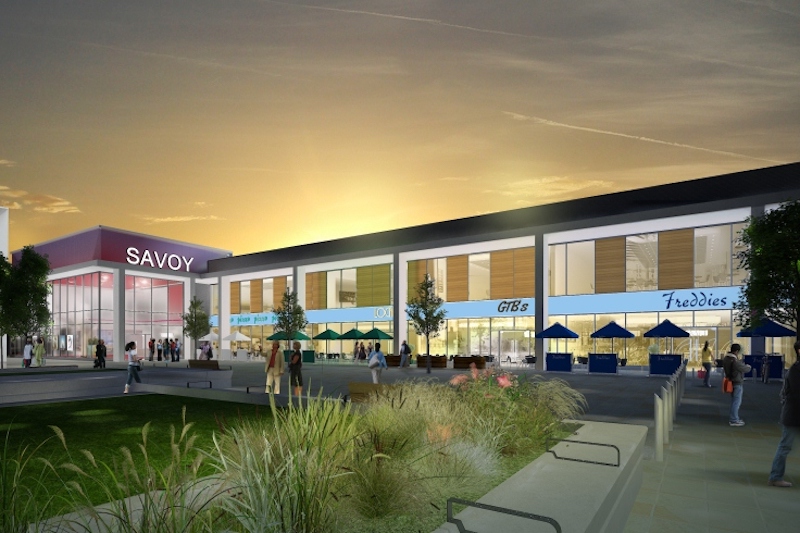 Work has started on an £8.5 million development in Doncaster’s Cultural and Civic Quarter, which will feature a new cinema and five restaurants.

Doncaster Council appointed Lindum Construction to build the complex and has now signed an agreement with cinema operator Savoy.

Set to open in 2020, it’s hoped the development will draw more people to the Waterdale area. There has been interest in the project from local, national and international restaurant providers.

Councillor Bill Mordue added: “I am delighted to finally see work starting on the cinema and restaurant development which will further enhance this location, giving a wider choice of leisure activities and places to eat and bringing more visitors to Doncaster Town Centre.

“This project joins others at an exciting time in our Urban Centre Masterplan including the redevelopment of the train station, the Quality Streets work on Hallgate, our new Library and Museum which is in construction down the road and the newly renovated Wool Market which has just opened its doors.”

The plan is part of the area’s Urban Centre Masterplan, which is rejuvenating Doncaster’s town centre.

Construction on the new Central Library and Museum building began in October 2018. It is scheduled to finish in summer 2020.

Dan Jarvis, mayor of the Sheffield City Region, said: “It’s great to see that work has started on the long-awaited cinema and restaurant complex, which is an important piece in the jigsaw of Doncaster’s Cultural and Civic Quarter.

“The Local Growth Fund has been used to transform a number of projects in the town centre, including the railway station and the newly-opened Wool Market.

“This fund is transformational for our towns and cities, driving real change for our communities,” he added.