The Eden Project has announced that it will start working on a feasibility study for a proposed new project in Dundee, known as Eden Project Scotland.

Eden is collaborating with Dundee City Council and the University of Dundee on the study, which is supported by local businesses and institutions, and is due to start in June.

“We are really excited to be working in Dundee,” said David Harland, chief executive of Eden Project International.

“It is a vibrant city with big ambitions and we hope to be able to create something that encapsulates its unique appeal.

“The opening of the city’s V&A in 2018 was a bold statement of intent and we want to be part of the next wave, helping establish Dundee as a truly world-class destination.” The study will establish a suitable site and develop content ideas for Eden Project Scotland. In addition, it will explore the potential for creating jobs and boosting the regional economy.

Eden Project North will be an immersive attraction in Morecambe, set to open in spring 2023. Eden and Alcoa are also planning an eco-tourism attraction in Victoria, Australia.

“There’s a clear alignment between what Eden is known for – sustainability, education and a first-class visitor experience – and what we want to deliver here in Dundee,” said John Alexander, leader at Dundee City Council. “Bringing Eden Project Scotland to Dundee would not only mean securing an amazing asset for local people to enjoy, but also adding another world-class attraction to our future visitor offer.

“Tourism was a key pillar of the Dundee economy before the devastating events of the past few months, and it will be again.

“The vision, ambition and determination embodied in projects such as Eden – and V&A Dundee before it – will be critical to creating jobs and prosperity as we as a city recover and rebuild.”

Tourism Secretary Fergus Ewing added: “In these incredibly challenging times for tourism, business and the wider economy, it is encouraging to see potential new growth through the next steps towards Eden Project Scotland being taken.

“I have no doubt the project will play a key role in Dundee’s strategic economic recovery from COVID-19, providing many benefits and opportunities to secure jobs, increase investment and attract more visitors to the area.” 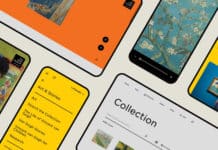