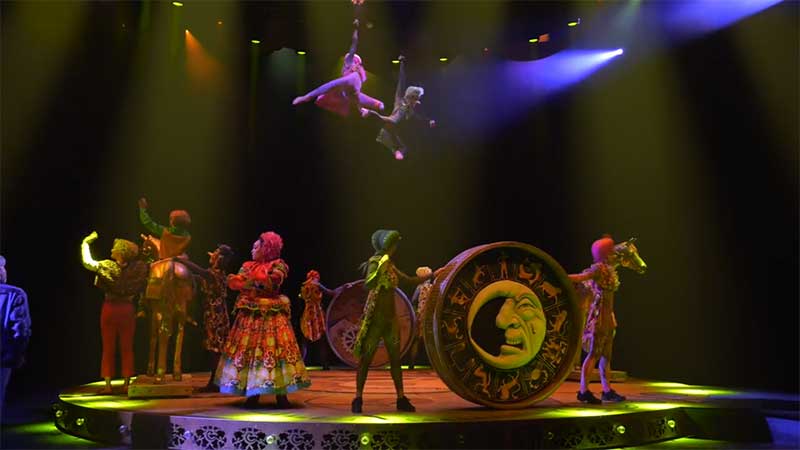 Efteling in the Netherlands has launched its 16th theatre production – CARO – on Saturday 16 September.

CARO is performed at the Efteling Theatre in Kaatsheuvel and is different to all previous shows at Efteling.

CARO features acrobatics, special effects, song and dance. It has almost no speech in order to appeal to an international audience.

The show received a standing ovation at the end of its opening night performance.

Marcel Visscher and Talita Angwarmasse performed in the roles of Mr and Mrs Time.

The show is part of Efteling’s ambition to develop from a theme park to an international short-break destination.

Olaf Vugts, Creative Director, said: “Producing a theatre show in which speech and language are subordinate was a real challenge. Fortunately, the music composed especially for CARO by René Merkelbach creates a storyline that is easy to relate to and understand.”

Efteling opened in 1952 as a sports and recreation park, with the Fairytale Forest as its main attraction. In the early 80s, the park grew to add new and larger attractions to appeal to a wider demographic. This development plan will be Efteling’s first significant expansion into new land for many years.