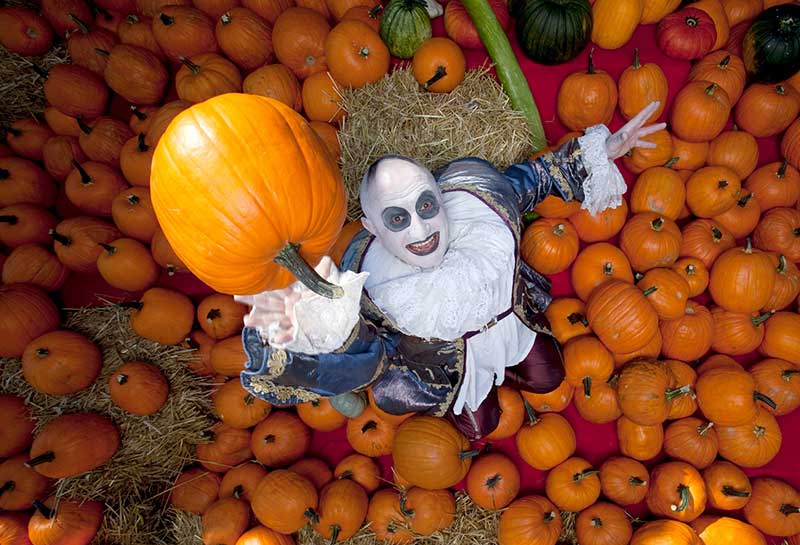 Europa-Park, Germany’s largest theme park, has announced details of its Halloween event that will run from 22nd September to 4th November 2018. In the evenings, the park is holding ‘Horror Nights – Traumatica’.

For children, there is a ‘Spooky Kids Village’ in the French themed area.

In the Holland area, the ‘Koffiekopjes’ are transformed into ‘Griezelkopjes’ with elements of theming. At the Greek themed area, the ‘Crypta’ Haunted House offers a peek into ‘Horror Nights – Traumatica’ for visitors aged 12 and up.

Additional attractions include ‘Jack’ in the England area, and an ice show called ‘Celtic Shadows’ in the Greek area.

A new show ‘The Ghost Fair’, will be presented on the Italian open-air stage and in Grimm’s fairy tale forest children and adults alike are enticed to search for the pumpkin gnome.

The daily ‘Halloween Parade’ at 5.30pm will also see the streets filled with sinister figures

At the event there will be five horror houses: The Fallen, The Pack, Ghouls, Resistance and Shadows are ready for the showdown.

In addition, the park will also present ‘The Traumatica Show: Rebellion’. They will also present additional experiences: ’Pegasus – The Night Coaster’, the ‘Matterhorn Blitz’, and ‘Cassandra’s Curse’. Fusing the spooky atmosphere with drinks and music, the ‘Vampire’s Club’ is open on selected days at 11pm.

On Halloween night itself, the park will present “Germany’s biggest Halloween party” from 10pm to 2am. Selected rides will also open longer for this evening.