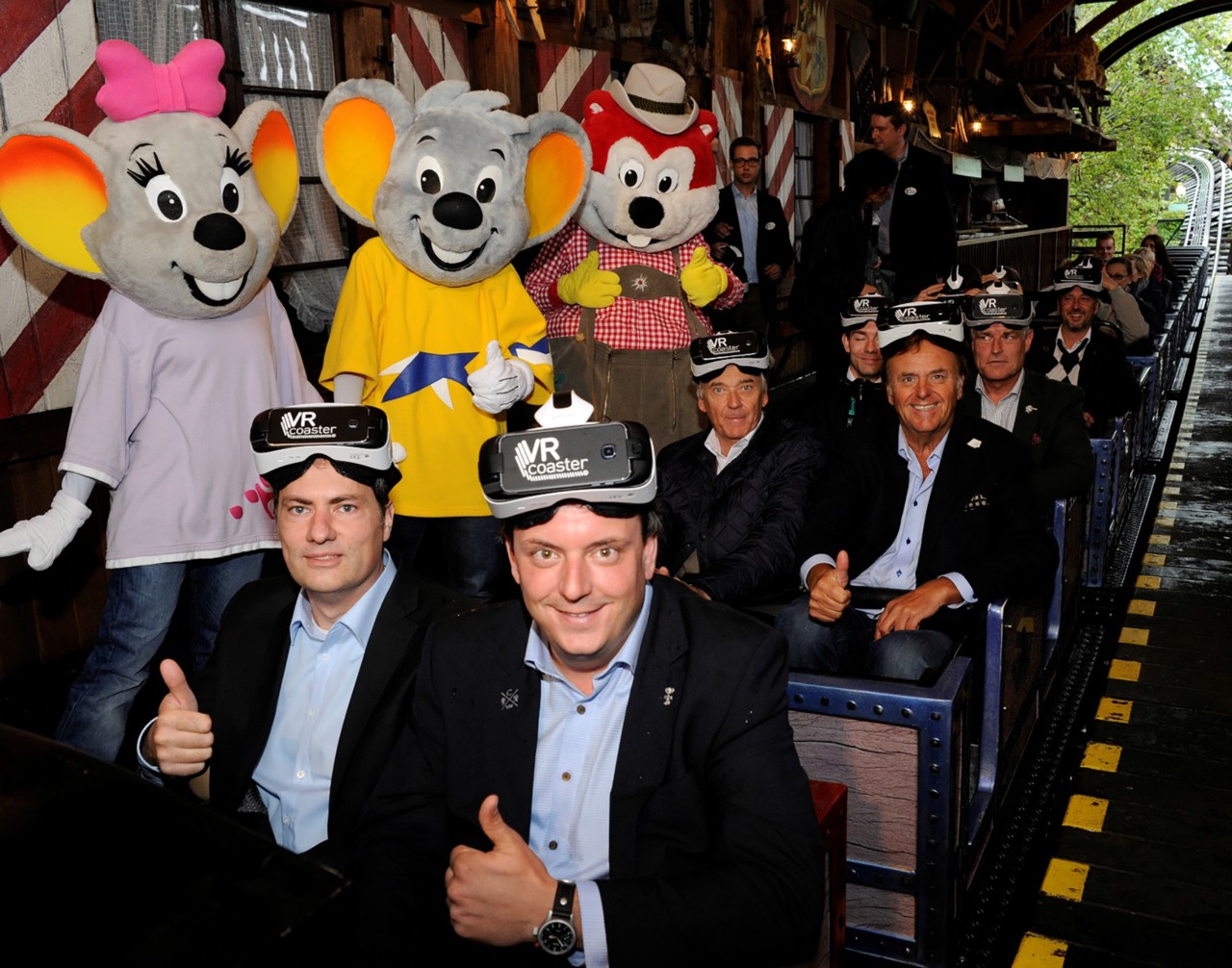 Europa-Park have unveiled their VR Coaster.  “Alpenexpress VR-Ride” takes visitors on a Virtual Reality Ride Adventure coupling a rollercoaster with VR glasses to take rollercoasters to a new dimension.

During the rollercoaster ride visitors see an animated 3D world which is in synch with the physical track.  “Alpenexpress VR-Ride”  is based on the first 4D film by MackMedia, “The Mystery of Castle Balthasar”, where Ed Euromaus and his friends take a wild ride – first on a mine cart and then on a dragon’s back.

This revolutionary ride relies on the precise synchronization of the VR headset with the actual roller coaster ride.  Sensors are used to align the film with the speed and position of the roller coaster, enabling the real movements to be mirrored in the virtual world.

Steffen Kottkamp, Director of MackCreative at Europa-Park, says, “The VR glasses create an immersive experience that would be almost impossible to surpass. For the first time, we are able to place an attraction in any themed world and seamlessly increase the intensity of the experience for visitors.  The future of the roller coaster lies in a combination of real physical forces and appropriate thematic content. Using VR, we can create a much more elaborate and interactive themed world.”

“Alpenexpress VR-Ride” has a capacity of up to 2, 000 visitors a day.  The VR coaster technology was developed as part of a collaboration between VR Coaster, Mack Rides and MackMedia.