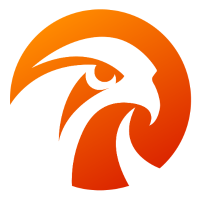 City of Dreams – an integrated entertainment resort set to become the “must experience” destination in Macau, is being developed by Melco Crown Entertainment Limited, (Nasdaq: MPEL) (“MPEL”), an entertainment company listed on the NASDAQ Global Select Market, announced that Falcon’s Treehouse LLC, a premier US entertainment group, will be developing a totally immersive and unique multi-media entertainment experience for visitors to City of Dreams.

Dragon’s Treasure(TM) will be showcased in The Bubble(TM), a dome-shaped theatre and one of the iconic landmarks located in City of Dreams. This 10-minute immersive multi-media experience combines high-definition video content, a sweeping musical score, over 29, 000 theatrical LED lights, and a variety of sensory effects to create a stirring multi-media extravaganza.

Mr. Cecil D. Magpuri, President and Creative Director of Falcon’s Treehouse said, “Mr. Lawrence Ho wants to redefine the paradigm of City of Dreams through his creative vision. We are excited to be able to amplify the sense of anticipation and excitement visitors will feel when they enter City of Dreams through captivating and innovative entertainment that brings dreams to life.”

Dragon’s Treasure(TM) has been created based on incorporating eastern philosophy and Chinese mythology. By harnessing the vast emotional power of “elemental storytelling” and breaking familiar conventions of narrative story forms down to their most simplistic components – Dragon’s Treasure(TM) looks to surround and envelop the audience both physically and emotionally through cinematic techniques and in-theater special effects.

City of Dreams, which is scheduled to open in the first half of 2009, will usher in a new era of entertainment. The Bubble(TM) adjoins The Boulevard(TM), a “lifestyle precinct” offering a combination of regional and international dining, outstanding shopping and the most spectacular and iconic entertainment Macau has ever seen.

About City of Dreams

City of Dreams is being developed by Melco Crown Entertainment Limited (ticker “MPEL”), an entertainment company listed on the NASDAQ Global Select Market, and will be an integrated entertainment resort that is set to become the “must experience” destination in Macau. Combining electrifying entertainment, stylish nightclubs, a diverse array of accommodation, regional and international dining, world-class shopping and a spacious and contemporary casino, City of Dreams will usher in a new era of gaming and entertainment when it opens in Cotai during the first half of 2009. The resort brings together a dream team of world-renowned brands such as Crown, Grand Hyatt, Hard Rock and Dragone to create an exceptional entertainment experience that will appeal to the broadest spectrum of visitors from around Asia and the world. The initial opening of City of Dreams will feature a 420, 000-square-foot casino with approximately 550 gaming tables and approximately 1, 500 gaming machines; over 20 restaurants and bars; an impressive array of some of the world’s most sought-after retail brands; and an iconic and spectacular audio visual multimedia experience; the Crown Towers Hotel offering approximately 300 guest rooms and the Hard Rock Hotel offering approximately 300 guest rooms. Grand Hyatt Macau offering approximately 800 guest rooms will be completed in the third quarter of 2009 and a Dragone inspired theatre production will open in the purpose-built Theatre of Dreams soon thereafter. The final planned phase of development at City of Dreams will feature an apartment hotel consisting of approximately 800 units. For more information please visit: cityofdreams.com.mo

Falcon’s Treehouse, LLC is a creative services firm specializing in creating themed experiences designed to thrill and amaze today’s sophisticated audiences. Utilizing the most advanced technologies in turnkey management and production services, Falcon’s Treehouse is a leader in the entertainment and destination industries.