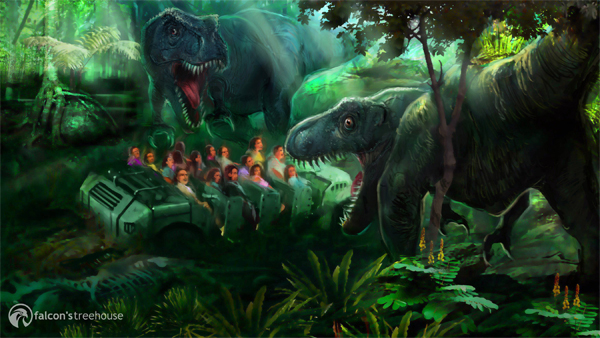 Falcon’s Treehouse, the leading themed entertainment firm specialising in state of the art theme park and immersive themed experiences, have signed an agreement with Dubai’s Ilyas & Mustafa Galadari Group (IMG Group) to work on IMG’s indoor destination at the City of Arabia, Dubai.

Created by IMG Group, a premier development group in Dubai, this indoor destination will bring some of the world’s most iconic themed brands and characters under one roof , the experience to be designed by  Falcon’s Treehouse.

Falcon’s Treehouse will provide design and creative services, including audiovisual Production and thier expetise in creating narrative driven themed  experiences expertise to IMG’s new indoor destination. This will include stories and adventures from the extensive back catalogue of Marvel Entertainment, together with other globally known Intellectual Properties (IPs) and a unique dinosaur related IP created specifically for IMG.

An IMG representaive said, “Falcon’s Treehouse’s record speaks for itself. They have the expertise and desire for quality and we are very excited to have them on the IMG team, ” said a key IMG representative.”

“With fantastic realms, new attractions and great IPs, it is both a privilege and honor to play such an integral role in this project, ” says Cecil D. Magpuri, President/Chief Creative Officer of Falcon’s Treehouse.

in 2012, Falcon’s Treehouse has opened a number of new attractions including  SeaWorld Orlando’s TurtleTrek 3D/360 and SeaWorld San Diego’s Manta.