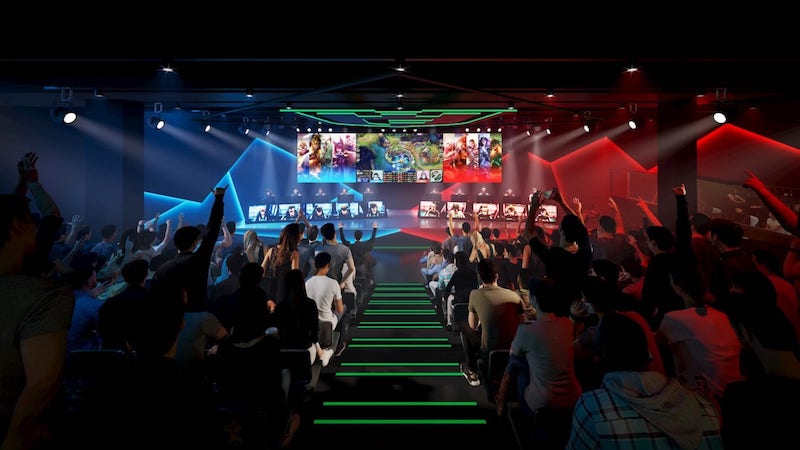 Fortress Esports has announced plans for the largest video gaming and esports entertainment venue in the Southern Hemisphere, heading to Emporium Melbourne.

Fortress Melbourne, set to open in early 2020, will span more than 2,700 square metres across two floors and will include a 200-seat purpose-built esports arena.

The attraction will also have a restaurant, two bars, and a professional esports boot camp room and training facilities.

Want to play your part in shaping Fortress's first ever venue dedicated to gamers? Take our survey to let us know what you want and go in the running to win your share of our $2,000 prize pool! Click the link below to have your say. https://www.surveymonkey.com/r/fortressmelbourne #esports #gaming #venue #melbourne #gamers #yourehome #fortress

“We want to make Fortress Melbourne the ultimate ‘home away from home’ for everyone, from casual gamers, competitive gamers and esports fanatics, to families and after work crowds,” he added.

“Fortress Melbourne will offer the best video gaming experiences and entertainment, with the newest tech, fastest internet, comfortable decor, great food and drinks, and a rich calendar of events and tournaments, plus more.”

Fortress Esports has partnered with US-based Allied Esports on Fortress Melbourne, and is working with architecture firm Populous.

Welcome to Australia's future of gaming. Fortress Melbourne is set to open early 2020. Are you ready?