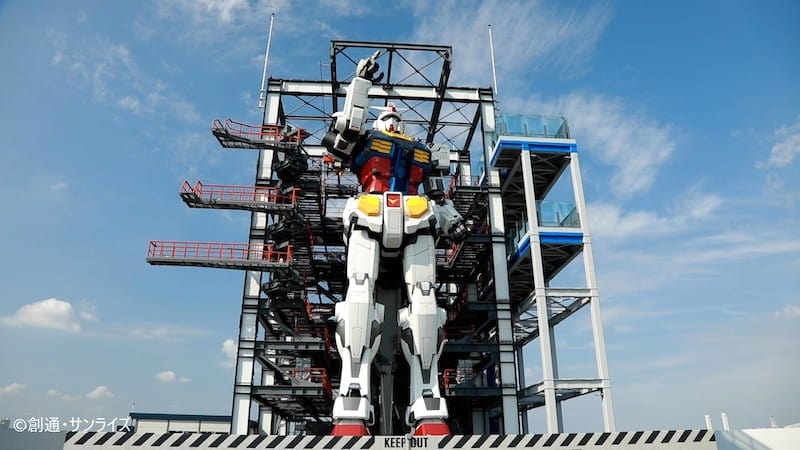 Japan’s life-size moving Gundam attraction is set to open as part of the Gundam Factory Yokohama on December 19 at Yamashita Pier in Yokohama.

The giant robot, which stands at 18 metres tall and weighs 25 tonnes, was originally scheduled to open in October but was delayed due to COVID-19.

“This decision was made to ensure the health and safety of our fans and employees in response to the worldwide spread of COVID-19,” said Gundam Factory Yokohama.

“We apologise to all of our fans who were looking forward to our grand opening and ask for your understanding. In the meantime, we will be making preparations so that all of our visitors can enjoy themselves in safety.”

Life-sized Gundam in Yokohama is now in testing mode.pic.twitter.com/51HVoraPb7

Alongside the robot, the Gundam Factory Yokohama experience includes the two-storey Gundam Lab, where visitors can learn about the technology used to create the figure, modelled on one of the robots from 1970s anime series Mobile Suit Gundam.

In addition, Gundam Pilot View is an augmented reality (AR) experience where visitors can look out from the inside of the robot’s cockpit as it moves around.

Visitors can also enjoy the Gundam Cafe and buy exclusive merchandise from the gift shop, and can also access the Gundam Dock Tower.

Tickets are available for online booking. The attraction is now scheduled to run from December 19, 2020 through March 31, 2022. To commemorate the opening of Gundam Factory Yokohama, visitors will receive a free 1:200-scale Gundam plastic model, while stocks last.

Meanwhile, Nijigen no Mori has opened its enormous Godzilla model alongside the theme park’s Godzilla-themed expansion.