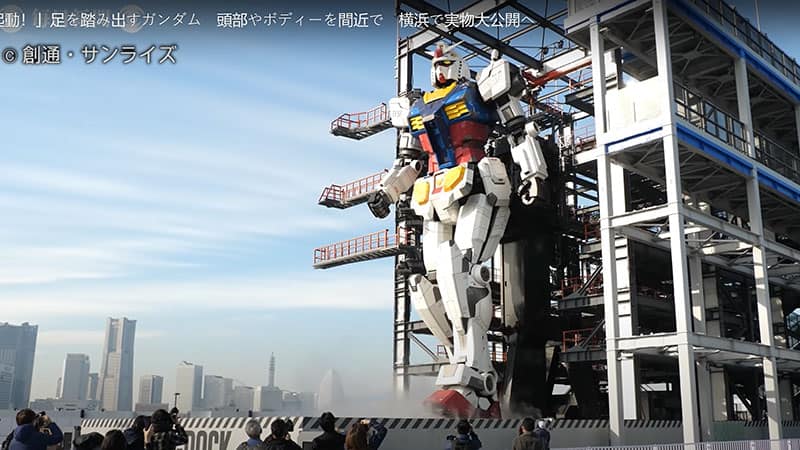 A life-sized Gundam robot has been unveiled in Japan ahead of its opening on 19 December at the Gundam Factory Yokohama.

The moving robot was originally scheduled to open in October, but this was delayed because of the coronavirus pandemic.

The finished robot has been unveiled for previews, ahead of the official opening, Kotaku reports.

The 25 tonnes, 18-metres tall Gundam robot is modelled on a robot from the 1970s anime series Mobile Suit Gundam. It has an impressive range of movements due to its 24 articulating joints.

As well as the large robot, the Gundam Factory Yokohama has several other experiences, such as the Gundam Lab. Spread over two floors, visitors can learn more about the technology that was used to build the robot.

AR technology at the attraction

There will also be an augmented reality (AR) experience called Gundam Pilot View. This allows visitors to look out of the robot’s cockpit as it moves around.

There is a Gundam Cafe and gift shop that sells exclusive merchandise. From the Gundam Dock Tower, visitors will be able to see the head and body of the robot up close.

Disney is currently working on new functions for robots. These include robots that can chat with emotion, sculpt clay and even fabricate complex metal frames.