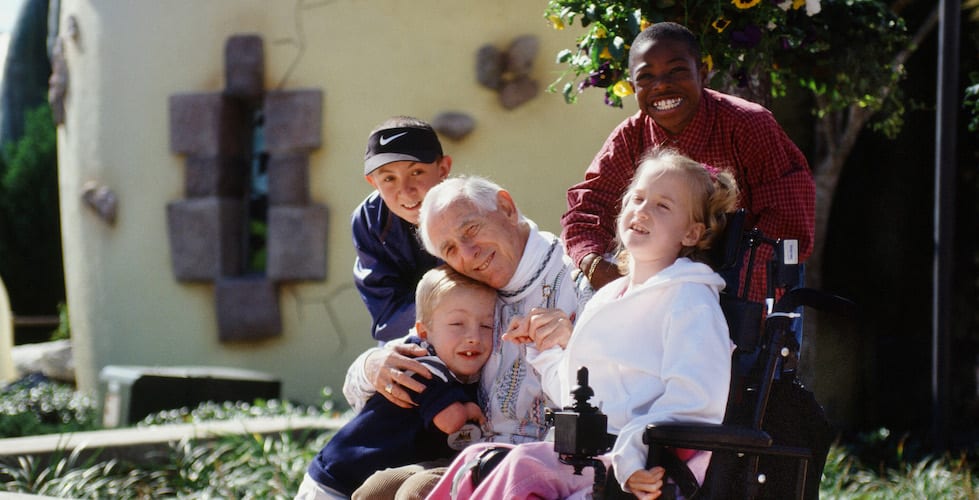 Non-profit resort Give Kids the World Village has announced the passing of its founder Henri Landwirth on 16 April at the age of 91.

Henri Landwirth was a Holocaust survivor, a US Army veteran, a successful hotelier, a father and philanthropist.

He is perhaps best known as the founder of Give Kids the World, an organisation he set up after he was unable to help fulfil the dying wish of a young girl with leukaemia to visit Orlando’s theme parks. Landwirth set out to ensure that the failure would never happen again.

With the support of colleagues in the hospitality and tourism industries, he set up a resort in Kissimmee, Florida to host the families of children with life-threatening conditions.

Give Kids the World Village was 12.5 hectares when it opened in 1989 but has since grown to 34-hectares with 168 villas, unique entertainment attractions, whimsical venues and activities for young people of all abilities.

Children between the ages of three and 18 who have been diagnosed with a life-threatening illness are eligible for a Give Kids the World wish. One of over 250 wish-granting organisations worldwide coordinates transportation to Florida, while Give Kids The World provides accommodations at its resort, meals and donated admission tickets to local attractions including Walt Disney World Resort, SeaWorld, and Universal Orlando Resort.

Born in Antwerp, Belgium in 1927, Landwirth became a prisoner during the Second World War and spent five years in the Auschwitz and Matthausen concentration camps.

Following the war, Landwirth immigrated to the US where he was drafted to serve in the army. After his service, he used his GI benefits to learn hotel management, starting a lifelong career in the industry.

Since his retirement as a hotelier, Lardwirth has devoted himself to improving the lives of those in need through numerous foundations and non-profit organisations, in addition to Give Kids the World.

Through the Fanny Landwirth Foundation, named for his mother, he built a senior citizen centre, a children’s school in Orlando and created a scholarship programme for underprivileged children in Israel.

In 2000, Landwirth founded Dignity U Wear, an organisation that provides hope to children and their families who are homeless, abused, abandoned or neglected by providing them with new clothing.

A celebration of Henri Landwirth’s life will take place on Saturday 28 April at The Hoppening Place in Give Kids the World Village. For more information and to RSVP visit the memorial website.