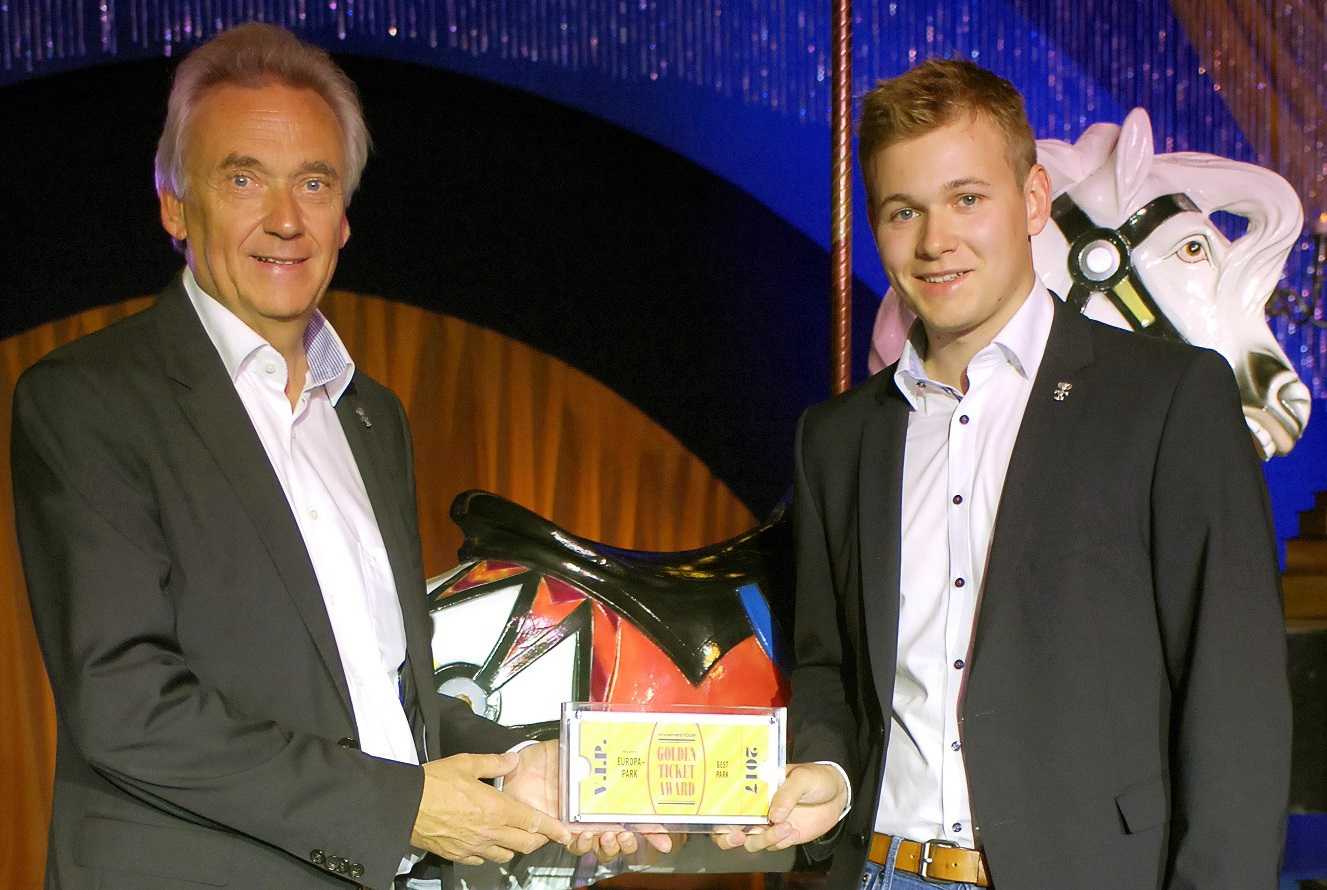 Europa-Park has been named Best Theme Park Worldwide for the fourth year running at the Golden Ticket Awards.

Once again, the family-owned German theme park nosed ahead of stiff competition from across the globe.

Europa-Park’s mix of rides designed to appeal to both young and old has made it a hit with families and thrill seekers alike.

The Mack family, who own the park, were one of the first to marry virtual reality with a live roller coaster in their Alpenexpress VR Coaster.

In June, the park opened the Voletarium – the largest flying theatre in Europe. This latest addition marked Europa-Park’s biggest ever investment in a single attraction. Future plans include the ambitious Nordic-themed Water Adventure Resort project.

The award ceremony was held at Quassy Amusement Park in Middlebury, Connecticut.

Jürgen Mack and his son, Frederik, were present to receive the award.

“Incredible! As a representative of my whole family, as well as the 3,700 workers at Europa-Park, I feel very proud. We have achieved something huge again this year: Mack Media was co-producer of the animated feature film Happy Family, which will be shown in more than 60 cinemas worldwide,” said Jürgen Mack.

“Earlier this year, we opened the biggest flying theater in Europe, the amazing Voletarium, finished the construction of the Europa-Park Arena which has space for 6,000 people, and we are eagerly awaiting the opening of our new horror event for Halloween: Traumatica.

“The professional recognition of this expert jury confirms our great work on the one hand, and on the other hand, motivates us to give always the best to our visitors.”

With the summer season drawing to a close, Europa-Park is currently preparing for Halloween.